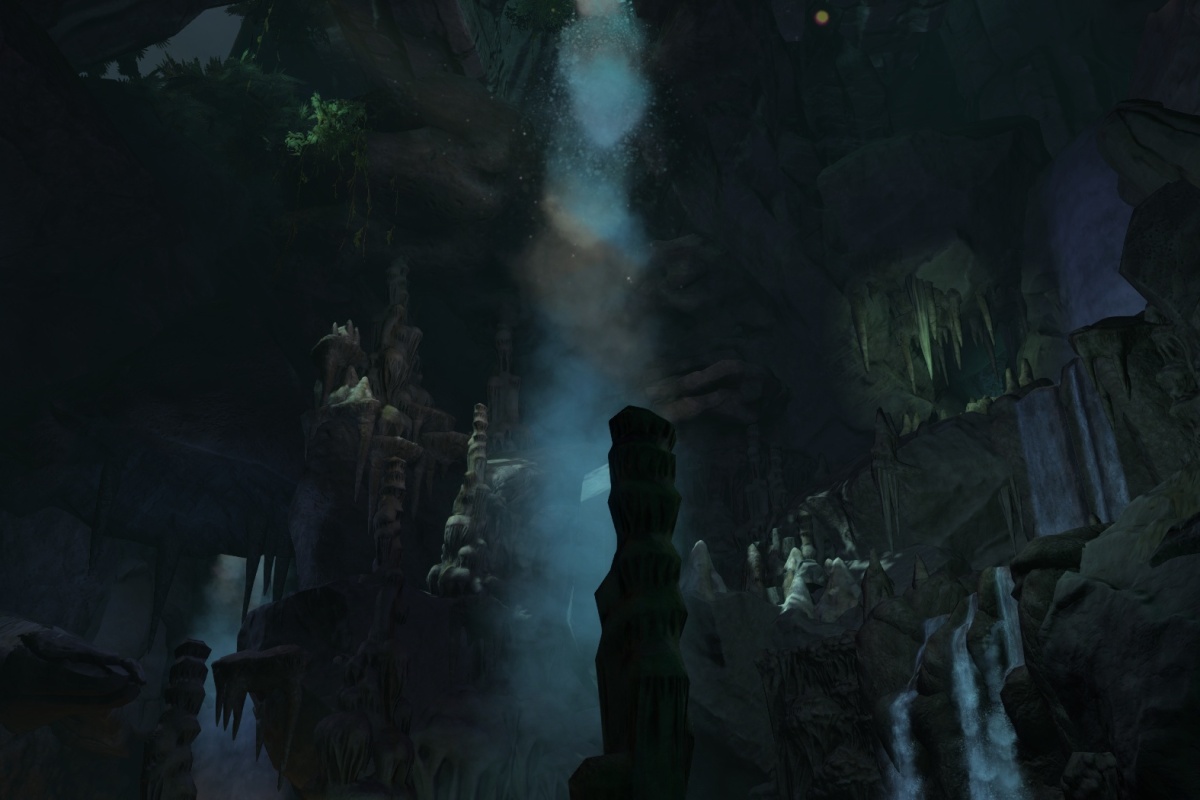 And it is too late for the pebbles to vote.

Take a break for two weeks to write, and it appears Isle of Janthir will not last until the WvW update.

To be honest, I felt an urge to move some time ago, but felt a certain obligation to stay while ND was still around, because those guys are inspirational. I loved their siege, their tactics and the force they could bring. If/once ND leaves, I told myself, nothing holds me back from transferring off to check out other servers.

(No offense to any other IoJ guilds, my prediction was simply that if/when ND left, IoJ WvW would take a gigantic hit.)

The reality is even worse now, uA and AVTR, the other Oceanic time stalwarts have also left. Plus a string of assorted guilds. Followed by TL also bailing out the sinking ship.

With free transfers ending by next week, the impetus to move around has hit pretty much everyone. I’m no exception and I find myself trying to plan and choose a new server.

The WvWers may not realize it, but IoJ PvE hasn’t been that rocking either since Wintersday. I figure this is simply attrition and boredom (I mean, I haven’t been online either) but consolidation of any existing population makes sense. Full servers are simply more fun than empty ones.

I find myself torn between two potential choices, Tarnished Coast or Sea of Sorrows, and the last choice of yielding to inertia and staying on Isle of Janthir (at least until free transfers end and we see the price of paid ones.)

Sea of Sorrows would be the pragmatic, maximum utility option. It’s the other Oceanic server, it’s bound to have crowds in my timezone. It probably has TONS because they’re currently number 1 in WvW rankings, and my countrymen love nothing better than not-losing and being number 1 – even if they don’t do anything but ride on coattails for it. ND has gone there, which is going to shore up whatever considerable WvW population is already there.

Downside, WvW queue times wouldn’t be great. But then I’m not a serious WvWer anyway, if I just want the WvW bonuses, it makes practical sense to flock to a winning server.

Thing is, I’m… just not terribly keen on joining the masses. The image I have of the average Sea of Sorrows occupant (which is purely imaginary, mind you, and may be way off base) is that of an Achiever/Killer in Bartle terms. Highly competitive, focused on goals like winning, amassing loot and gold, running plenty of dungeons in the fastest way possible and nevermind a few exploits here and there, spelling and full sentences optional, voicecomm all the way. A hardcore WoW raider type, possibly. People from the Freedom server, for those City of Heroes players who might recognize the analogy. It’s a very common player type.

I could play like that for a while. But I don’t really derive maximum fun out of it.

Tarnished Coast, on the other hand, has the “RP server” brand name. RP servers tend to attract the older, more mature crowd who are generally more relaxed about game play. I love GW2 lore so much, it’s tempting to actually try roleplaying a little, and where best to do it but the RP server? Community on RP servers are typically very positive and long lasting – you couldn’t pry me away from Virtue on CoH with a crowbar, and my biggest regret of LOTRO was not going to Landroval or Brandywine. TC has been doing decently well in WvW, likely as a slow buildup of its community, it’ll probably keep hovering between T2 and T3 which are comfortable tiers for a casual.

The only thing I worry about is the size of the Oceanic community on Tarnished Coast. It’s never going to be as sizeable as Sea of Sorrows. It may be very comfortable in the NA timezone, but what is TC like during mine?

I suppose the only way to know is to go there and play for a while. If I manage a transfer within the next day or so, it is theoretically possible to transfer again (after 7 days have passed) before free world transfers end.

Getting those transfers in might be also a little tricky, with the two abovementioned servers reading as full, which may make my internal debate a moot point.

A strong argument in favor of inertia and not moving anywhere is the existence of my personal solo guild. It’s got a guild stash (with stuff in it I assume I have to clear out before moving,) a bunch of banners and the guild armorer unlocked. That’s a lot of influence to earn back for one person who’s not intending to play as crazily as during launch time.

Still, I don’t suppose it takes that long to clear out and hold temporarily on a character or two, and I’ll never know what the community is like on other servers if I don’t visit.

The other fancy alternative is to utilize the guesting option that will be coming. Presumably, I could guest on Tarnished Coast and enjoy the PvE community without ever needing to set foot in their WvW.

Then I could continue to hang out in Isle of Janthir and earn influence for my personal guild – assuming I don’t meet any guilds on TC that I get impressed by and want to join – and assume WvW as a lost cause. Which frankly, ain’t realistic and doesn’t bode well for my potential length of stay in GW2.

I could also coat-tail ride and hie myself to Sea of Sorrows, diving into their WvW there as I feel like it, and utilize both the PvE crowds on SoS via home server and TC via guesting.

Or I could do the exact opposite and make Tarnished Coast home, delving into their WvW, and guest on SoS if TC feels too deserted during my timezone.

I might just jump to the first of either server that doesn’t read “Full” in order to check out the real community there, instead of just imagining it in my head.