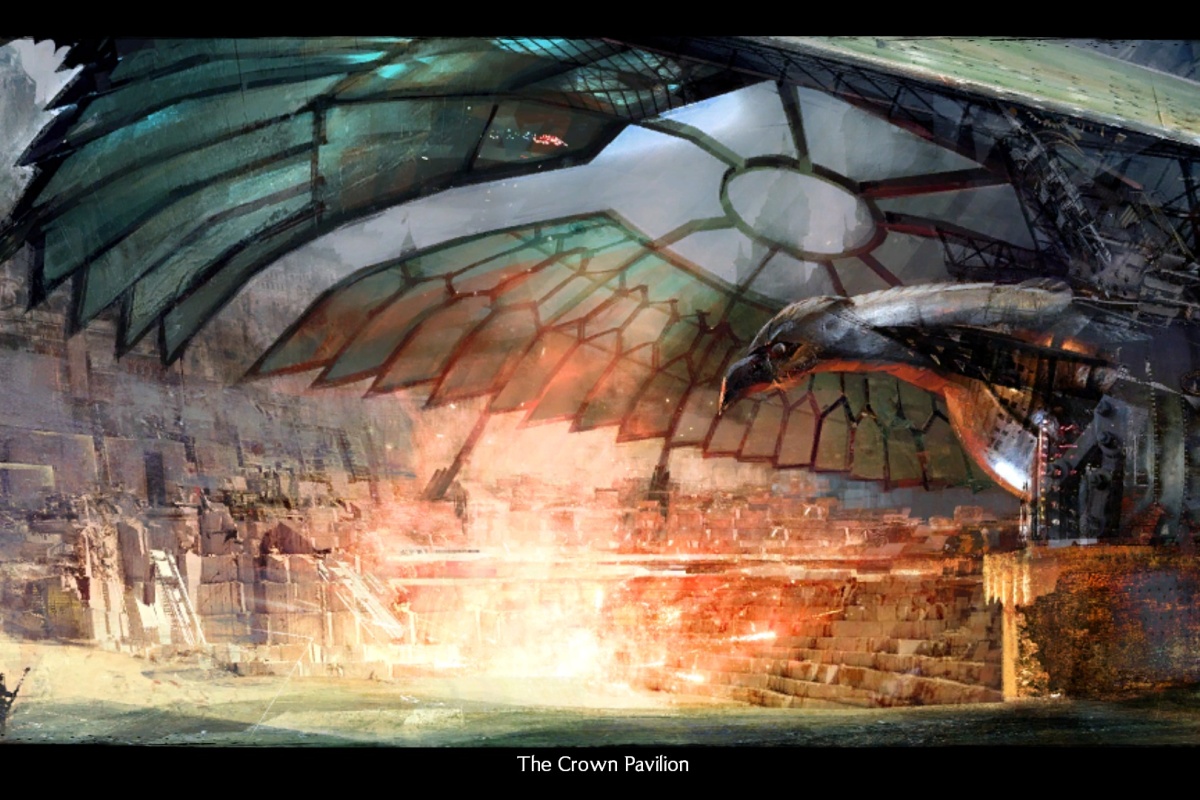 I’m sure everyone has already seen the Extra Credits’ video “When Difficult is Fun” that creates a distinction between games that are difficult and games that are punishing.

(In case you haven’t, I embed it here for your reference.)

We will be using “punishing” and “difficult” in that context in today’s discussion of the Queen’s Gauntlet activity that is part of the Queen’s Jubilee update.

(Not so good, even if you masochistically persist past them)

(And really, no one gives a shit if you fall down from the cage or not, no one in the zerg frankly gives a fuck, there’s a hundred and one dead guys dying arbitrarily from the “anti-zerg” mechanics, there’s so much visual chaos and culling going on, and everyone is really looking at the right side of their screen watching the loot to pour in to care about some stranger dying.)

Personally, I don’t mind a hard fight or repeated tries at it. I appreciate that this has been sectioned off into its own minigame tab for achievements, which at least puts it into a different category in my mind, though this would be much nicer as permanent content so that one could come back to it at leisure, without worrying about queues or not being good enough or equipped enough at this point in time.

I’m not fond of the “farm this first in order to do what you really want” delaying mechanic, but because the group activity is so mindlessly rewarding, I am willing to forgive it.

In a sense, it serves to enforce a change of pace so that things do not get too frustrating. (But lowering iteration times would also minimize frustration and reduce the punishing aspect, while maintaining the difficulty of a solo fight as a challenge.)

I do wish however that the fights were instanced, I can’t shake the sense that I’m fighting at an extreme disadvantage between my toaster computer’s specs, my high latency due to geographic locations, plus throwing in a WvW-sized zerg arbitrarily underneath me at times. I barely break 20 FPS at the best of times, and have hovered around 10-12 at peak hours – which made attempts rather costly and eventually resulted in me just zerging and saving tickets for tries at more friendly off-peak timings.

I don’t know if I’m going to manage all the Queen’s Gauntlet achievements, but I’m still generally quite calm about the whole affair.

I think it helps that this was introduced at the start, meaning four weeks to work on it, rather than two. In a month, I find it realistic enough a goal to level and gear a specific character to 80 if one was really determined on getting through this, whereas two weeks would be a hectic rush. A number of people have also managed to conquer the last boss in a day or two, so it seems there will be sufficient time to spread specific gearing and trait strategies around.

And there have been hints that it is likely to return, possibly on a yearly basis – so it does not seem like this will be arbitrarily forever out of reach if not achieved this go around, which really helps the OCD.

Full disclosure: I’m currently still stuck on Liadri. Nearly all the bosses were done with a berserker guardian.

Except the penultimate boss of the Norn and Chomper, which gave me a majorly hard time on the guardian, which led to a rage-spending moment of buying my new level 80 necromancer (yes, in the past five days before patch, that’s another personal goal that got done, whee) shiny berserker gear, haphazardly traiting for life-leeching high damage minions and brute forcing my way past that encounter.

I would like to return with a later post with tips, but we’ll see. The framerate lag and necessity of farming tickets makes repeat tries for screenshots and the task of learning the encounter well enough to provide suggestions extremely challenging. I might just settle for copycatting a better player and lucking into achieving stuff once – which already sounds difficult enough to me.