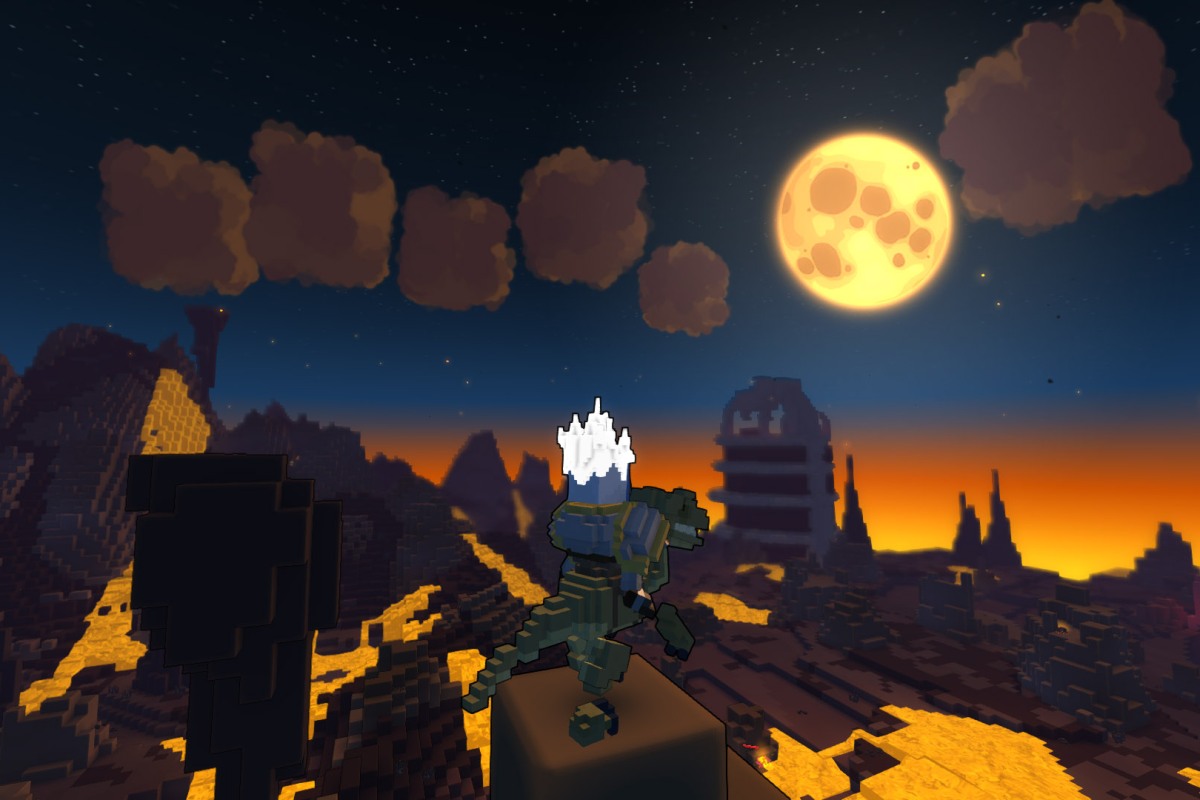 And some days, you just want to share your dinosaur pictures. 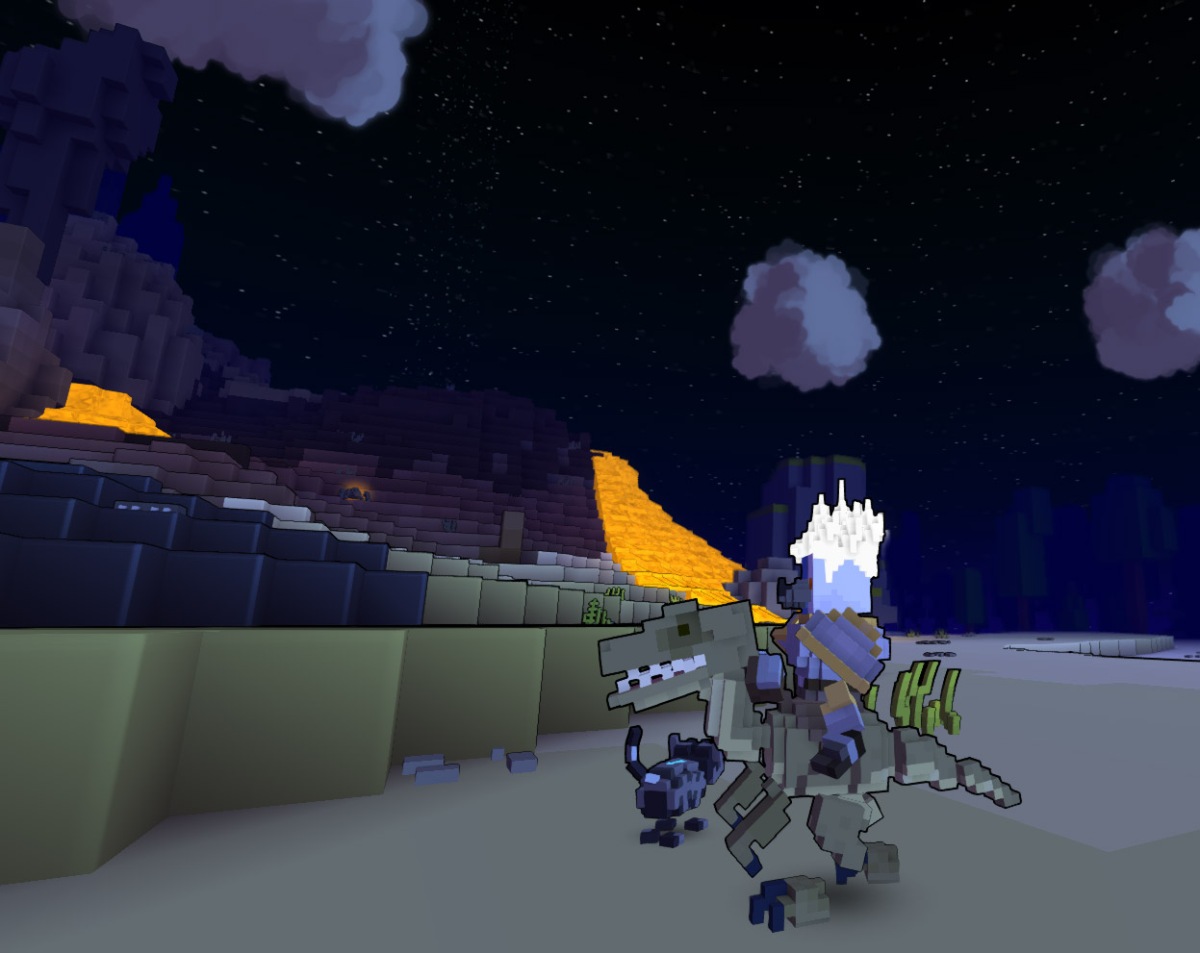 The 90 movespeed does indeed noticeably feel better than the 70 movespeed of the starter mount.

But really, I think easily three-quarters of the satisfaction comes from the fact that I’m riding around on a raptor.

I guess we all have a little roleplayer or immersion-seeker in us; something that cosmetically “fits” more with your vision of your character is inherently more satisfying than something that doesn’t.

The amusing part is when we end up comparing notes and realizing that what we consider realistic or internally-consistent with our view of that particular world doesn’t jibe at all.

Someone might think my raptor breaks their immersion, I might think their glowing neon motorcycle is supremely odd.

(Trove pretty much solves this – or doesn’t bother to solve it at all, depending on your interpretation – by having a bunch of dramatically different biomes. Robotic and sci-fi machinery are perfectly at home in the neon city biome with cyan plasma rivers. There’s a wild west desert area, pastel pink candylands and so on. I admit to being partial to the red fiery-themed dragonlands and grey-death/skull cursed lands, with a side helping of tropical island pirates.)

In other news, while skimming the Trove Anook posts, I learned that bombs cost 10 shapestone ore to make 4, not 1 of them.

Well, that rather changes things.

If one bomb is worth 2.5 shapestone ore, and I throw one juuust right dead center into a clump, an average of 20 odd shapestone is liable to pop out. That’s not as bad a net profit as I initially thought.

I have officially converted to ore mining with bombs, with the odd mining laser clean up of loose scraps.

Good day to learn it, as one apparently gets a bonus of 50% ore today, though I am not sure exactly how that is worked out – does more simply spawn in the world, or more pop out when you mine it? Not a clue.

I only know that I’ve been reaping 24-26+ shapestone per clump today, and it is yummy.

The servers keep coming down for some maintenance or update or other though. *sighs* *re-appreciates GW2 all over again*

The silver lining is that the next patch is apparently going to bring combat numbers.

Inventory expanders are also going to make an appearance, though I am much less interested in that one – it’ll probably be a paid perk only (though there is a tradeable version that I suppose will filter down to the hoi polloi via someone buying it for cash and then turning around and selling it for in-game curency.) So far, I have been a neat freak and am managing decently well with the default space available.

I’ll just be happy to see combat numbers. After all, it’s a game already based around crazy amounts of vertical progression, there’s very little point trying to hide numbers in a game like this.

This post was brought to you by the letter B for Belghast and Blaugust, and the number 4.