The City of Heroes character creator was always the most flexible of its day, having completely untied the concept of gear & looks with each other.

I was never one for making characters that reflected the Golden or Silver Age of Comics, y’know, your typical superhero dressed in spandex with big abstract striped color designs all over them and their capes.

Instead, I found myself trying to extend the character creator to its limits, using blends of costume parts and strategic colors to reflect other archetypal characters.

Besides the dwarf, which was an amusing exercise in “does this character creator let me do that?” I also decided to attempt bringing a little WoW or Warhammer into CoH. 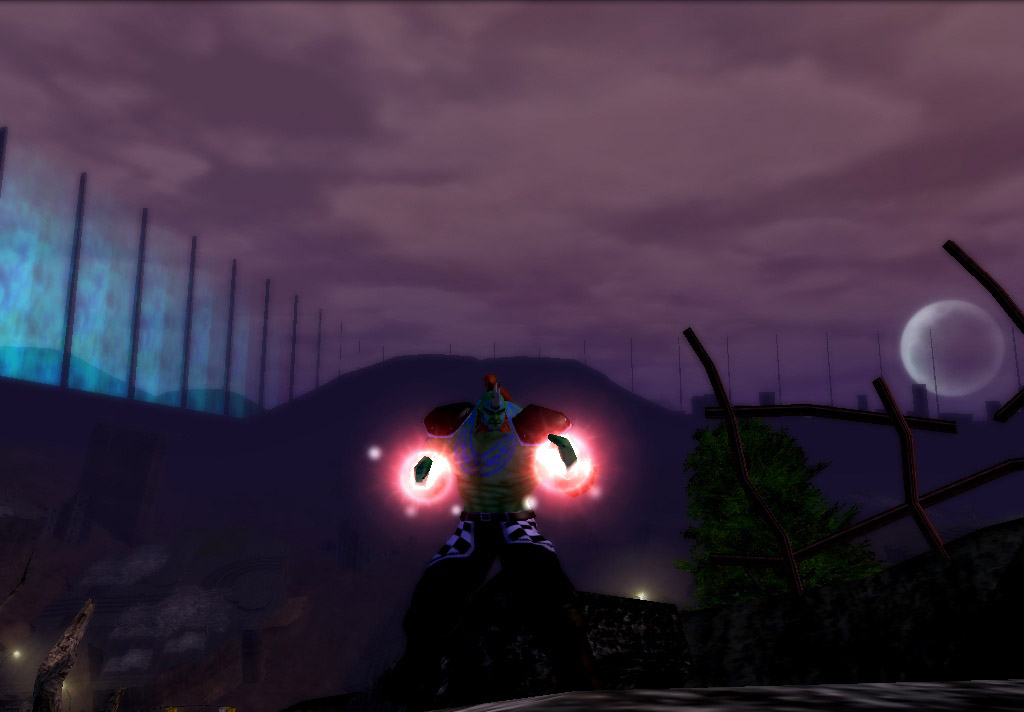 Gruthak was one of those joke characters I never took too far up in levels, but he was memorable to me for one thing: I always roleplayed him in character. He never broke out of it. It was always one grammatically incorrect “Gruthak crush puny human” or “WAAAAARGH!” after another.

I played him with a friend who also roleplayed and he was a big help in keeping me honest, with cynical eye-rolling and out-witting of the dull orc into charging headlong into the next mob spawn. (Yes, I made him a tanker, I’m not suicidal.)

So I like to think that the pair of us greatly entertained whichever random PUG would join us in our missions – though there’d usually be this /pause/ as the player took in our dastardly duo – and we’d just keep up emoting in character and fighting stuff while “rofl’ing” and basically cracking up in out-of-character whispers to each other. 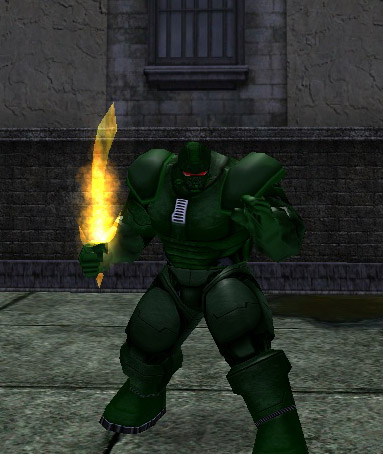 Why, yes, I was pretty big on skirting copyright infringement.

This was my attempt at bringing a little Warhammer 40k into CoH with a Dark Angels Space Marine, prompted after hearing about other guilds who had tried to create whole teams of space marines.

I was also trying to find a ‘main’ that resonated with me enough to take to max level, and it turned out that giving my character a Latin name and pretending to be a space marine in my head did the trick. (To anyone else outside: “No, I’m a robot, in tech armor! Really! No copyright infringement! Honest!”) 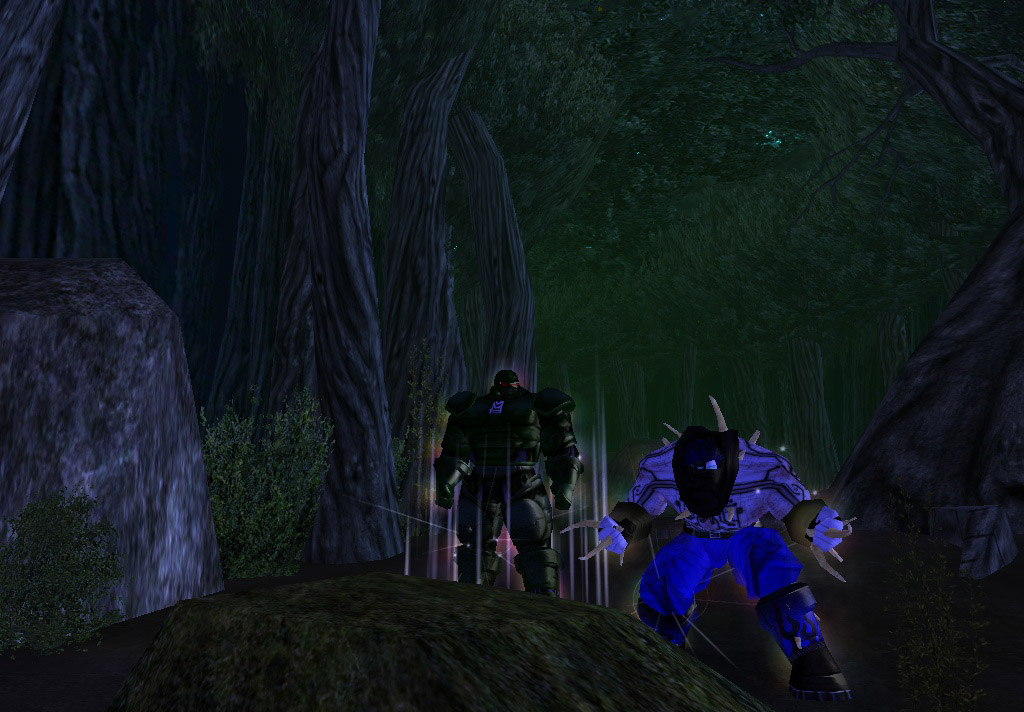 He actually looked remarkably good with the Invincibility powerset effects on, and swinging around a fire sword.

(Also, this is one of my only background pics of Perez Park, which I recall fondly for being a crazy maze that was really hard to navigate, at least until you got to the center and the tree cover relented enough for flight.)

If one space marine worked, why not another one?

Alas, I didn’t play this one long. I decided it would be too distinctive and probably wouldn’t make it to max level without getting called out for infringement. 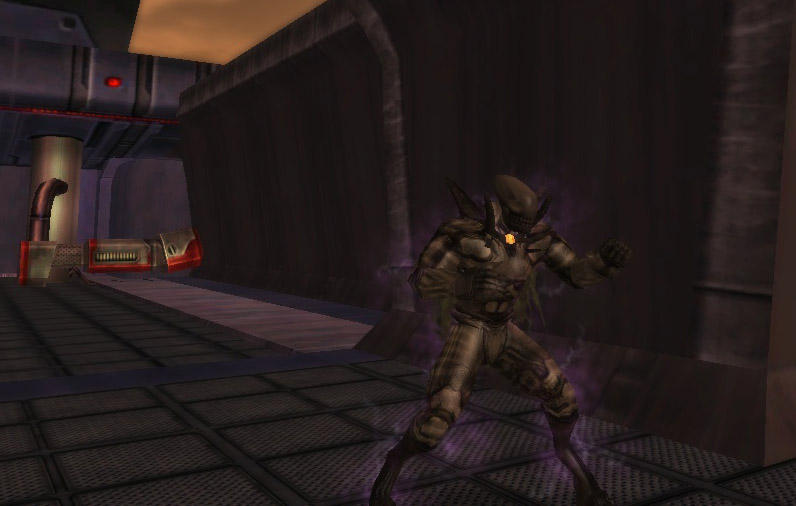 On the villainous front, this was a character design I was pretty happy with, enough to take him up to max level and become one of my mains.

I wanted something monster-y, and to use the Alien helmet but make it seem like it was an actual head. So I shuffled around a whole bunch of armor until I found some insectoid-like armor that seemed to blend well, and I tinted much of it white with darker grey or black shadows, even using a zebra striping pattern.

Why white? Well, Aliens were dark and black and it seemed a bit of a cop-out to just turn the character into a dark abyssal blob. So I tried the opposite (maybe albino?) and it worked out rather well.

This was my other villain main. I wanted to use the pirate-themed costume bits, but meh, ordinary pirates are so boring. Demon zombie ghost pirates are where it’s at!

The forums were all ablaze with the concept of macro’ing costume changes at the time, and some fellow came up with a sweet idea to trigger a costume change whenever their dominator toggled their Domination mode, which increased the power of the class tremendously.

Of course, I just -had- to make myself a glowy green ectoplasmic ghost form to signal my Domination mode switch too.

NBI Writing Prompt: Did you ever try an anachronistic costume or cosmetic look that didn’t quite fit the genre of your game? Or if -you- didn’t, did you ever meet someone in game who did? Show ’em off!