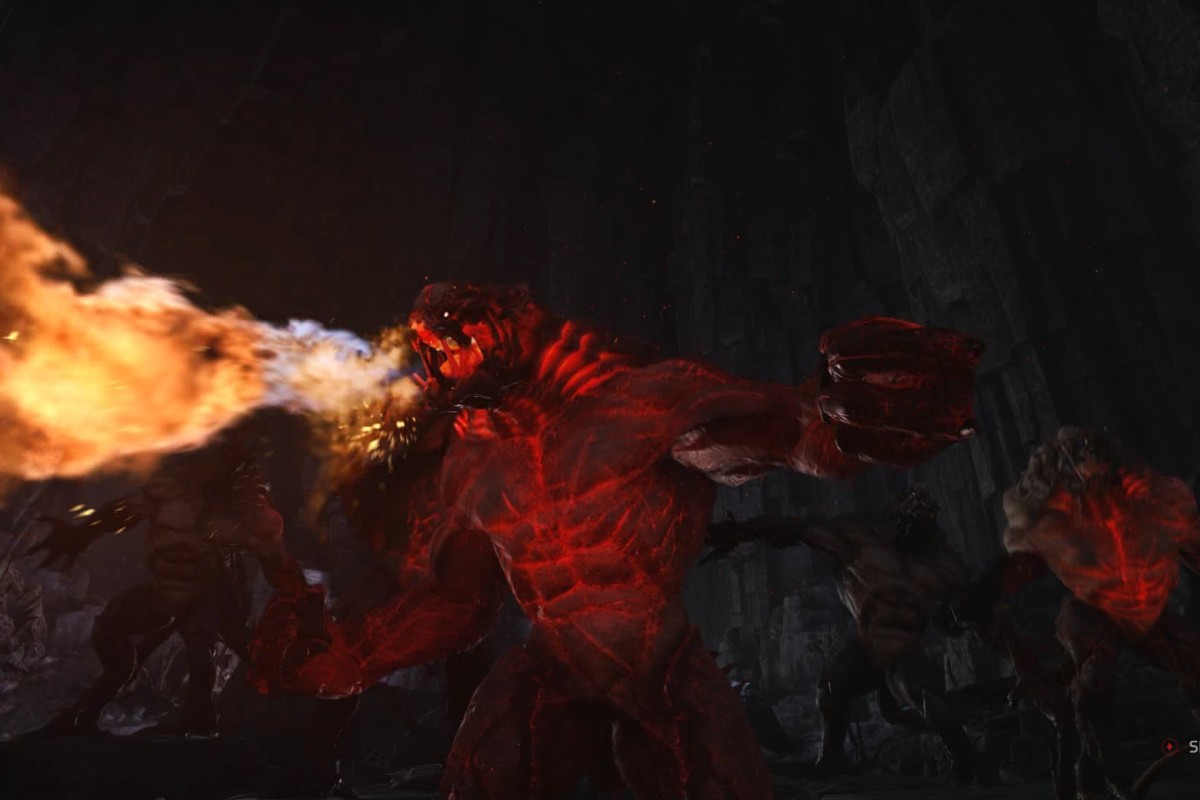 I really can’t be arsed to write reams of text about Evolve, because it would simply take away from actual playing Evolve time.

Both the monster and the hunters feel powerful, especially in a skilled player’s hands.

(Which, sadly, is not me. Suffice to say, every time, I feel there’s always more to learn, and lots more room to improve. It’s only been launched for two days, so yeah, alpha and beta players not withstanding, noobing it up is pretty much the expected performance right now.)

There’s plenty of room for out thinking one’s opponents, knowledge and use of the map to outwit one’s enemies, and loads of maps, hunters/monsters with entirely different skill sets. I believe this is called, “depth,” and I’m definitely only wading in the shallow end of the baby pool right now.

I like that they’ve built in a tutorial for both hunter and monster, and in-game videos that you can watch to get additional tips and info about each, because someone straight up telling you stuff was sorely lacking in the alpha. (And beta, I guess, but I missed playing that.)

Solo mode with bots is something that weird old me rather likes.

So instead of ruining 4 players’ day with a pushover monster, I sit around and play solo games versus bots, aiming to get a little better and more used to the monster’s skills. Those bots, by the by, are no bloody joke, because their teamwork has a lot less holes in it than human players.

I still haven’t figured out how to get past them when they’re defending a power relay because the whole place is mined to hell, it’s a confined area to fight in, there’s a time limit forcing me to get to the power relay and engage in a fight, and the support bot shields the one I’m attacking like Guild Wars 1’s super-coordinated interrupt mesmer heroes, with split second picture perfect reaction times.

Surprisingly, I seem to have stopped obsessing about needing to win and am pretty much enjoying multiplayer for its human variances. Probably because there’s a solo mode where I can indulge my ego and my need to immerse into some kind of story or role.

For an interesting ‘sandbox’ sort of campaign assembled from a bunch of maps and game modes, there is Evacuation – which is a campaign of five maps that will likely take an hour or so to play through.

With each monster or hunter win, the subsequent map gets a sort of rules tweak that gives an advantage to the winning team.

Conversely, if one team keeps winning, the other side gets a little autobalance help in the form of having their damage numbers a little more buffed.

Evacuation mode can be played in a variety of ways – straight up PvP, where it’s all players controlling monster and hunters, solo, where it’s you taking on one role and the rest run by bots, and co-op, where it’s human players as the hunters versus a monster AI.

I can see co-op appealing to a more casual group of players who want to play with friends as a team, but where no one wants to play the monster, or don’t want to deal with the unpredictability of a random human controlling the monster.

I gave it a go, and the monster AI gave our semi-inexperienced group of PUG hunters a fairly good run for our money. We won 4 maps, but it was pretty darned close and touch and go for one or two matches.

With set groups of Steam friends who want to play specific roles, I believe there is a custom mode where one person can play the monster and others can fight him or her. (I think, anyway, I have not personally tried it out yet.)

All in all, it seems pretty solid. A little something for everyone.

I can see myself just playing co-op and solo if multiplayer pvp ever gets too toxic or only filled with super elite veterans or alarmingly suspicious possibly-hacking pros.

For now though, PUGing isn’t too bad, if a little random and high variance.

I can see room for really professional teams to go versus each other too – there’s probably significantly more depth in Evolve than in GW2’s sPvP at present, if you’re the “eSports” sort.

As for the hue and cry over the day 1 DLC stuff and in-game store, I can only roll my eyes. 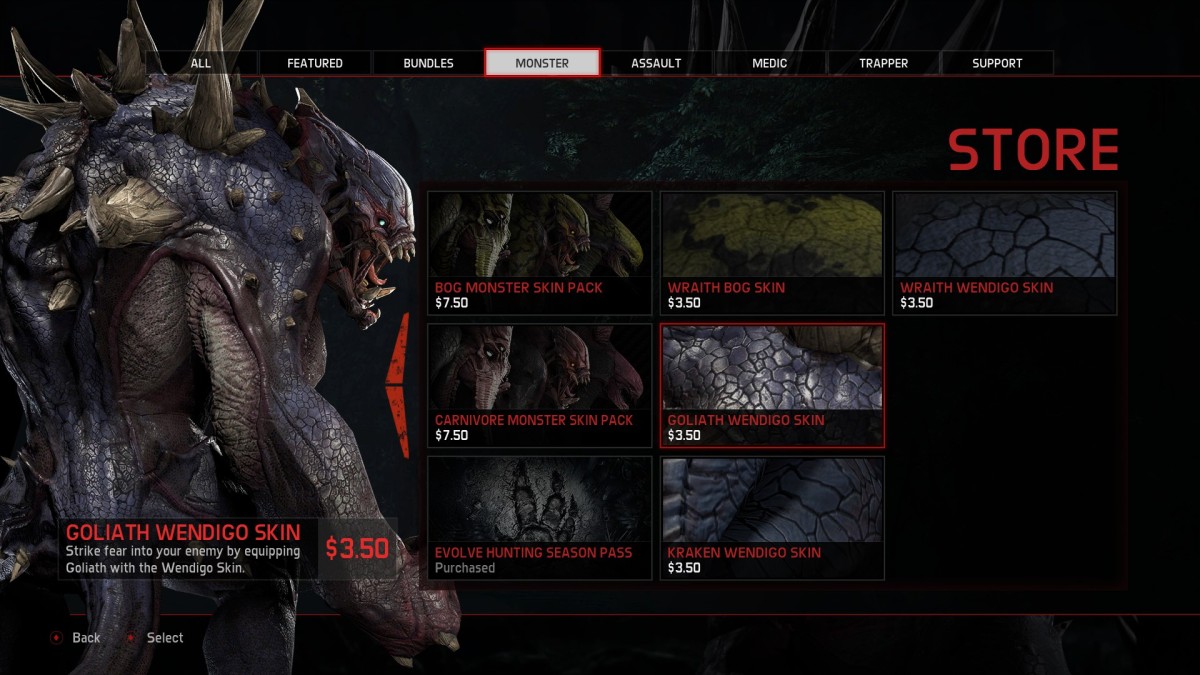 How is this any different from what League of Legends or DOTA2 or other games do for some extra revenue? Appeal to players’ vanity to look all prestigious and speshul for a couple extra bucks?

The people likely to buy the stuff are people who probably think they’ll be playing the game for a significant time to get their money’s worth out of the skin.

The one thing that is not a skin is the Hunting Season Pass, which was advertised and bundled into the preorder for cheaper if one so desired to get it. The game was built to expand gameplay via more and different hunters and monsters. I see no problem with choosing to buy more gameplay options as long as the balance point is that the base hunters and monsters are equally good and competitive.

If the price ain’t right now, then wait. Steam is notorious for 50% and 75% off DLCs eventually.

Anyway, that’s enough talk from me.

Convince yourself one way or the other, I don’t really care.

And it’s time to hunt.

*cue monster roar in the distance*