To the Moon is a terrible game.

As a soundtrack, it is exceptional. If it is unable to move you, you are either hearing impaired or have a heart of stone.

As a visual novel, it has a story that is probably worth sitting through for most people. As long as you enjoy mundane love stories and themes of aging, memories and death.

As an ambiguous piece of literature that certain viewers would love to tear through for artsy fartsy symbolism and hidden meaning, well, it works for that too.

But as a game, it sucks.

The first hint of it was the awkward windowed resolution, firmly stuck in 640 x 480. Now that’s a resolution size I haven’t seen in a long time…

Needless to say, on an ultrawide screen monitor, it was sad.

And completely impossible to play in anything other than fullscreen. Options menu? What options menu? Fine.

Then I attempted a screenshot, because hey, we’re blogging about our experience, right? And F12, the standard Steam screenshot key, paused the game instead. 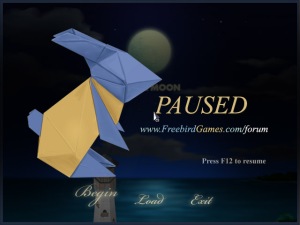 Some Googling later, it was confirmed that the only way to screenshot in To The Moon was to PrintScreen and paste it into your own image manipulation program of choice. Forehead, meet table.

The choice of RPG Maker as the construction medium did not do it any favors. The controls are janky and awkward, the hopeless pathfinding making the mouse movement option utterly useless. I wound up using the keyboard. Arrow keys. WASD didn’t even work. Now that’s archaic.

Player input mostly consists of walking a character around, facing items and clicking/pressing space or enter, essentially pixel-hunting in a JRPG manner for items that the game feels is significant, as opposed to all the other pixel art objects which are only background.

There is no player choice, the game follows a set linear story to its eventual conclusion.

Honestly, To The Moon would have made a much better visual novel.

Just drop any pretense of requiring player interaction and let us press enter / fast forward through the dialogue and experience the story. In this way, an audience could better focus on its strengths, instead of fighting against clunky controls and wandering pointlessly in circles hoping to find the one last clue that brings them to the next story segment.

To The Moon’s strengths? 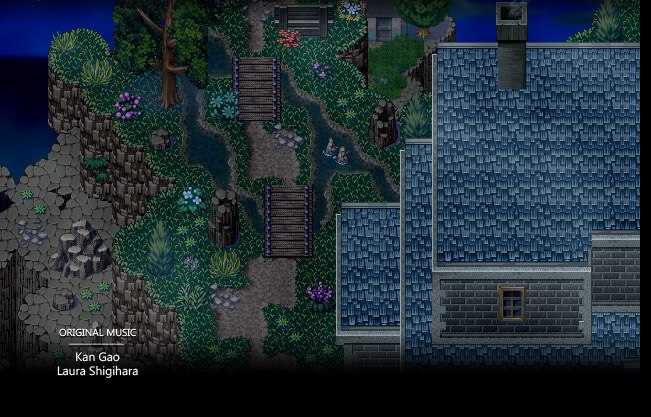 The piano soundtrack is the true work of art here. It encapsulates the emotional themes that the rest of the ‘game’ muddles towards expressing in longer form.

The pixel art is not bad; the story generally quite sweet, if a little poignant, sappy and oddly humorous in parts.

Note that the pacing is quite sluggish in Act 1 – I struggled to get through each lengthy segment. If not for the commitment to the play-along, I might have dropped it. As it was, I kept plowing away at it in repeated sessions. Fortunately, things picked up in Acts 2-4 (which is all I will say about it in our first post.)

And it certainly is ambiguous enough and touches so lightly on heavy themes that it allows an army of deep readers ample room for discussion. Onward to Naithin’s play-along questions!

1. Let’s start off with the big guns — at the completion of Act 1 — how do you now feel about the very concept of granting someone’s dying wish by overwriting their memories with new ones?

Frankly, I don’t feel anything or have any opinion about it, because my conception of the device is that it mostly implants ‘fake’ memories. It’s not a time travel device, it doesn’t actually alter reality in any fashion. It’s a convenient fiction that the person/patient has consented to being written for him/them, and if they want to have one more fictional experience before they go, then that’s their choice, isn’t it?

It’s not something I would choose for myself personally. I believe that life is the sum total of one’s experiences, regret and otherwise. ‘Rewinding’ time is not for me. It’s why I had such difficulty dealing with Life is Strange (still hate it).

But if someone else wants to experience ‘the road not taken’ and trusts someone else to create that fiction for them (not something I would do either, I trust poorly and meddling with my brain? Egads), who am I to say they can’t do so?

(If it does alter reality, that’s another thing altogether, because now you’re infringing on other people’s boundaries and the general fabric of time itself.)

2. What did you think of River’s choice to put her treatment behind that of Anya?

I might begin to sound like a broken record shortly, if all the questions run along this vein. It’s -her- choice, innit? All power to her.

3. In response to Neil commenting that it was like watching a train-wreck unfold, Eva says, “The ending isn’t any more important than the moments leading up to it.” Do you agree?

I did not understand the sentence. It felt like a bad translation. It’s not a dichotomous choice of agree or disagree.

The moments matter. The ending is the sum total of those moments.

It -all- matters, both are important. There is no measurement of “more important” or “less important” that can apply here.

4. What did you make of Johnny’s decision not to read the book offered by Dr. Lee?

Super-awkward (aka not a choice I would personally make, I am all about -knowledge-), but ultimately understandable. Broken record incoming: It’s his choice to make.

Poor decision or not, his future life will reflect it. Perhaps he is able to treat River better, as a person, not defined by an ASD diagnosis, by living in ignorance about it. Perhaps not, and he might make mistakes that might have been avoided with more knowledge and sensitivity. Either way, it is his life to learn (with or without a book, and who’s to say he couldn’t have watched a video or changed his mind later) and muddle his way through.

5. How do you feel about Johnny as a person now, particularly after his revelation of why he (at least initially?) was interested in River?

In a way, I feel almost sorry for him. I don’t think the naming of his character by the devs was an accident. “John” is an everyman name. Getting literarily pretentious here, he represents the ordinary, mundane, “neurotypical” (to use Isabelle’s term) person.

He clearly is seeking a spark of creativity (the history of his painting attempts through his life is a visual theme), a dose of strangeness or weirdness, a visit from a Muse. And he can’t create it for himself. He is completely ordinary. Little wonder why he is so utterly drawn to River’s “oddness” as his opposite number, she is his Muse.

It may not rub off. It probably won’t. It’s kind of misguided. But it’s also the kind of quixotic “To the Moon”-like ambition that encapsulates this whole game’s love story.

Yes, he might have regretted his decision to commit so deeply to her at points in the future, without fully understanding what he might be in for. But he ultimately also stays by her, “in sickness or in health, till death” parts them, to the end.

6. We saw River’s obsession with origami rabbits very early in the piece — and some of the events that tracked back as a possible origin along the way. After Johnny told her about his initial motivations is when it all kicked off. Neil thought it might’ve been River holding onto a grudge. What do you think?

Well, I’ve binged through the entire story and read the wiki by now, so I know the in-game stated reason by now.

But at the time of Act 1, I mostly accepted it as just part of River being on the autism spectrum, the obsessive fixation with various objects of interest. 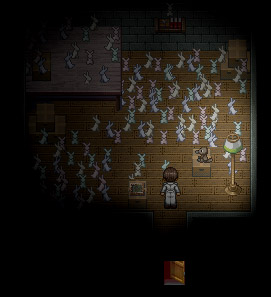 And before that, on first revelation, I entertained myself briefly with thoughts of an origami killer (thanks, Heavy Rain!) I knew it wasn’t going to be that, of course, it was lining itself up to be an extremely mundane story, but when the story is dragging, you -make- your own entertainment.