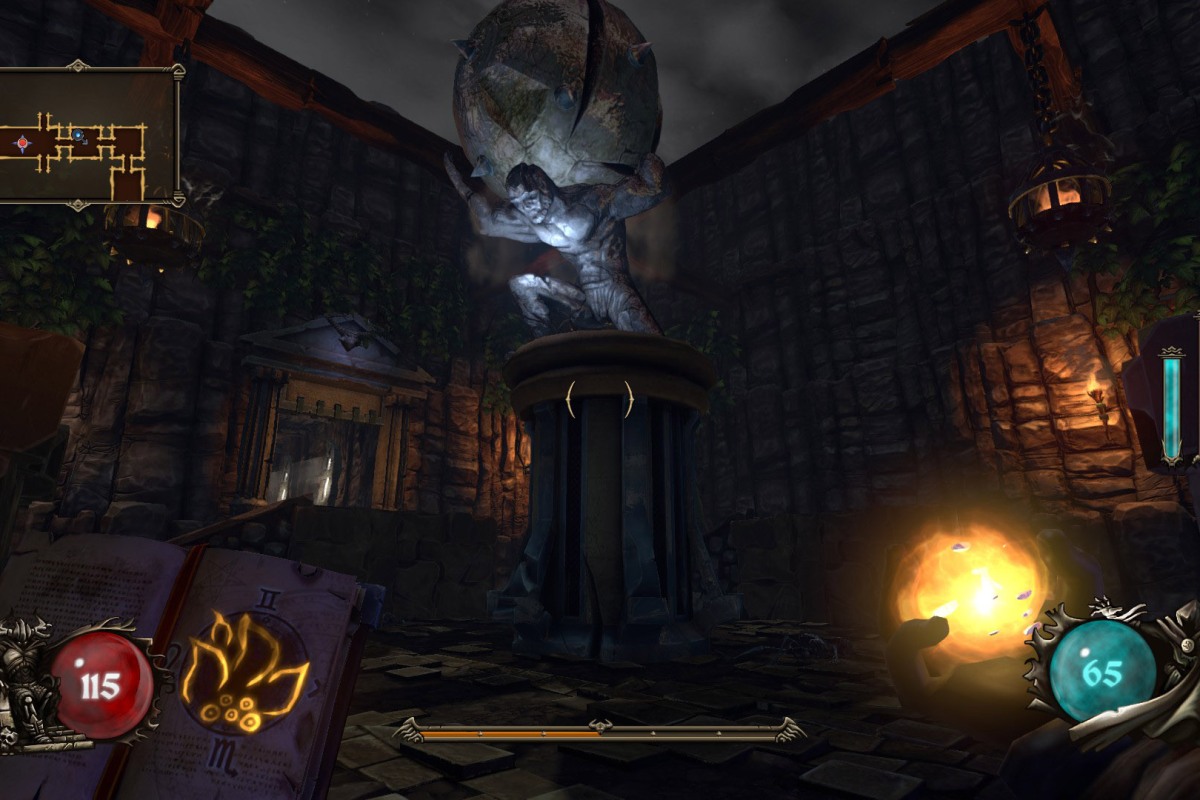 Here we go, back in the saddle again. Choo choo.

The rather surprising winner of the assorted sampling of games I’ve tried over the last few days – as in, I’m opting to rev it up and take it for a spin over the others – is Ziggurat.

Ziggurat is a first-person roguelike shooter somewhat reminiscent of Hexen, between its fantasy setting where you shoot wands and spells and staves instead of guns and its fast-paced oldschool run and gun gameplay where sprinting and strafing in circles take precedence over ducking from cover-to-cover.

It has fancier graphics than those FPSes of yore, but isn’t above the amusing reference, as seen in this random effect tagged onto a room – “Nostalgia – Big ugly pixels.” 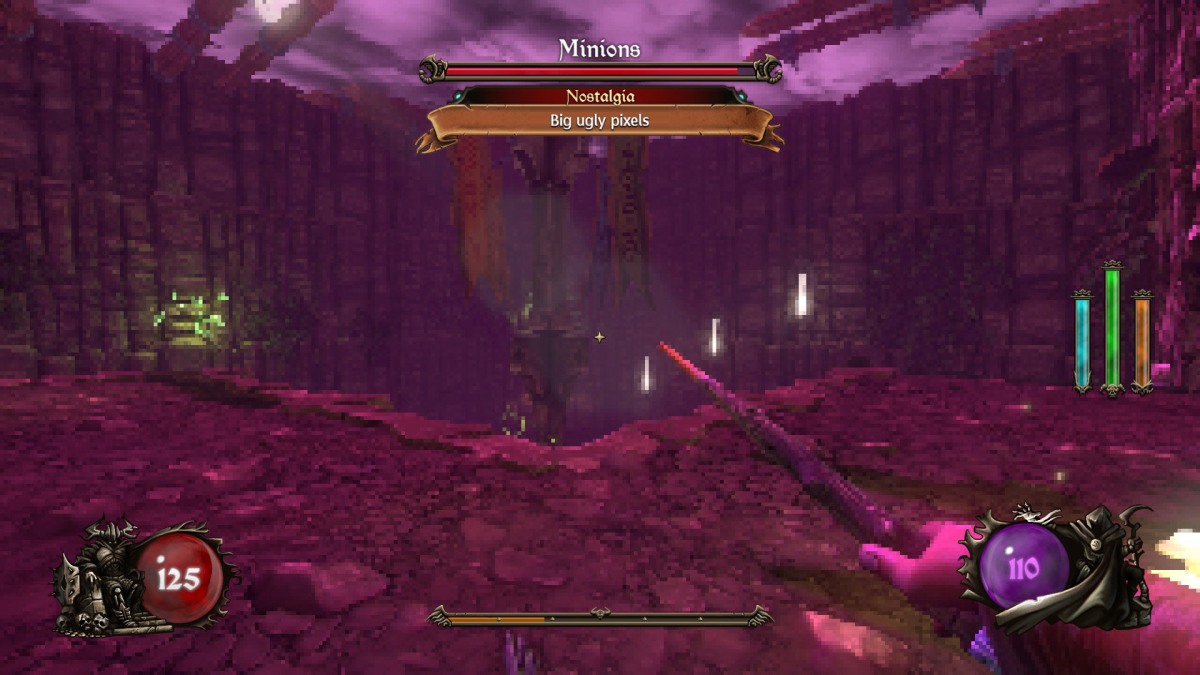 Everything goes pixelated, and for a moment, you’re back in time. Not to mention, struggling a bit to focus to kill enemies with the unexpectedly incremental difficulty. 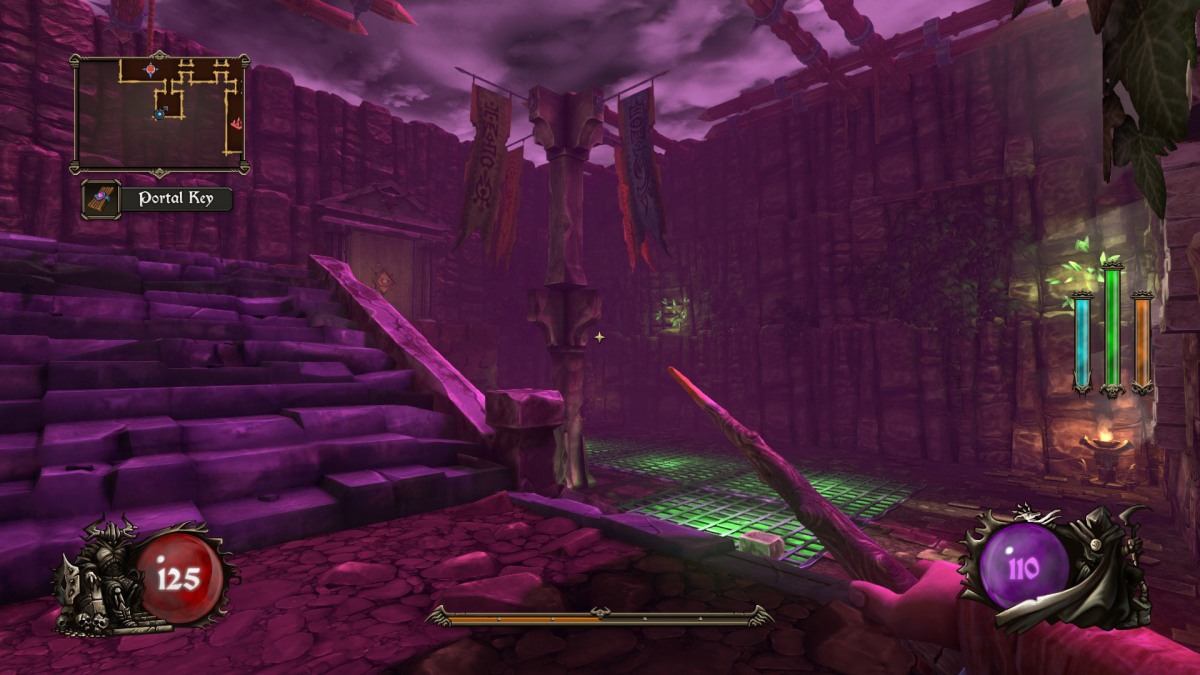 Usually, it’s a little more pleasing on the eye to look at.

The roguelike component comes in with randomized rooms, somewhat randomized enemies (easier types of enemies appear near the start of the game, harder ones show up as you near the final boss), and a bunch of random weapons and skill perks and room complications.

Bad randomization can easily make for a nonsensical and/or unfair roguelike, but Ziggurat seems to have found an intriguing balance that makes the game far more addicting than I first would have imagined.

On normal (read: roguelike hard) difficulty, I don’t tend to last long beyond the first or second level, sacrificing scores of characters to the permadeath roguelike gods, but each failed run somehow tempts me to try again.

On my ninth run, I swapped it to easy difficulty (read: probably normal mode for more casual gamers) and managed to get all the way to the fifth floor and the final boss with not too much problems. It felt almost a little cheaty. That feeling kinda went away after I used the wrong strategy on the last boss and frittered away too much health to outlast it for a win.

It’s possible that the next easy run I do might result in victory, but I find the normal difficulty a little more addictive in terms of posing an almost-but-not-quite challenge.

Kill you it might, but Ziggurat feels fair, on the whole. The enemy types are plentiful and varied, and they follow set, if complex, patterns. They trip you up easily when they start to gather up en masse, but there’s always the feeling that you could get the hang of their patterns, or just stumble onto a good strategy of taking care of them without taking damage – if only you could just move in a certain way, with a certain timing, or figure out which specialized weapon to use for the job. 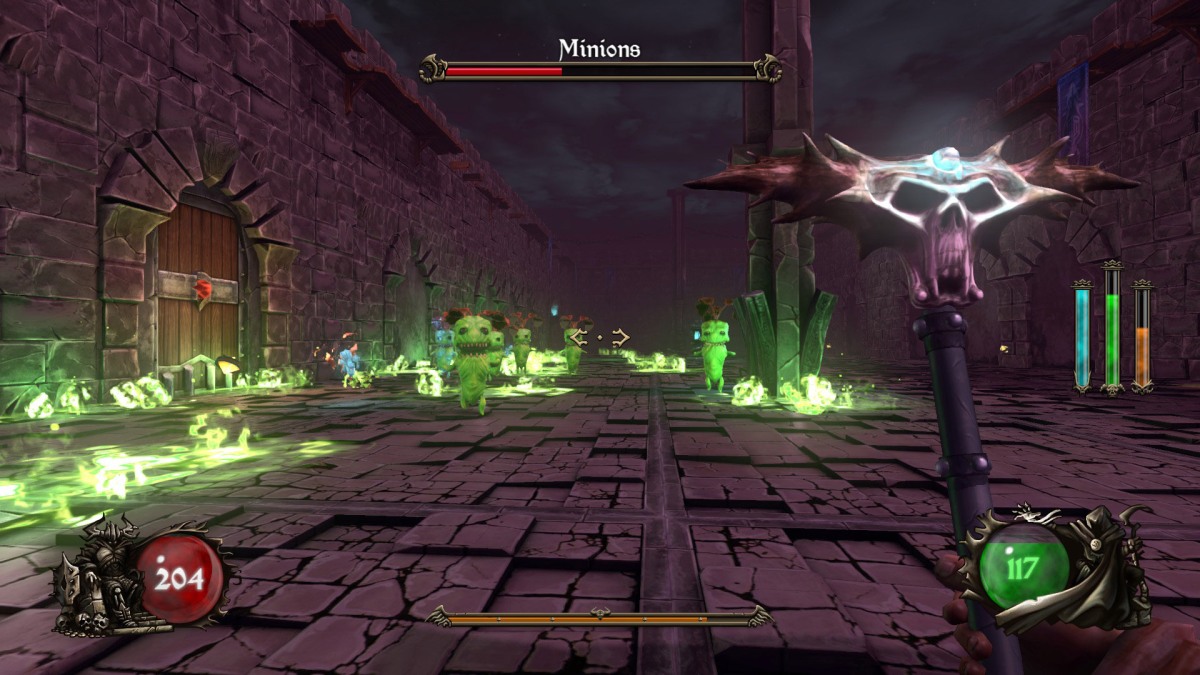 Carrots (yes, there are demonic carrots in this game) tend to run straight at you and start gnawing painfully at your ankles. So it’s in your best interests to backpedal and shoot them from range, hopefully before they come within melee reach.

Except when they become larger glowing acidic carrots, that explode into acidic puddles as they die. And now you’ve got to think about having enough room behind you, or space to maneuver to avoid the puddles.

At the end of each short randomized dungeon, lies a boss that is also picked from a random table. Yikes. Yet another set of patterns to figure out. Yet another temptation to keep playing when one inevitably dies and has to start over, and see a new yet familiar sequence of gameplay.