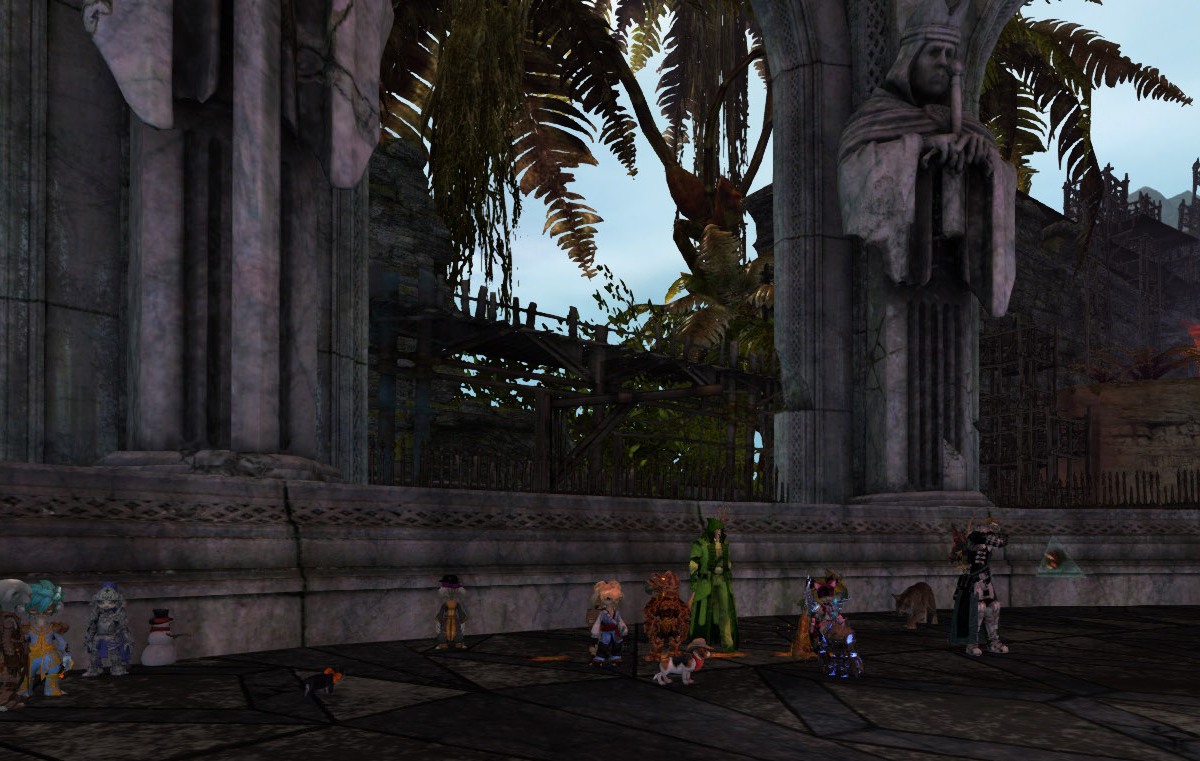 If there is one thing I have figured out while attempting to quick post every night with a daily screenshot, it is that I am an absolute wreck on Fridays (and to a lesser extent, on Tuesdays.)

My brain is spent, and I have very little words. 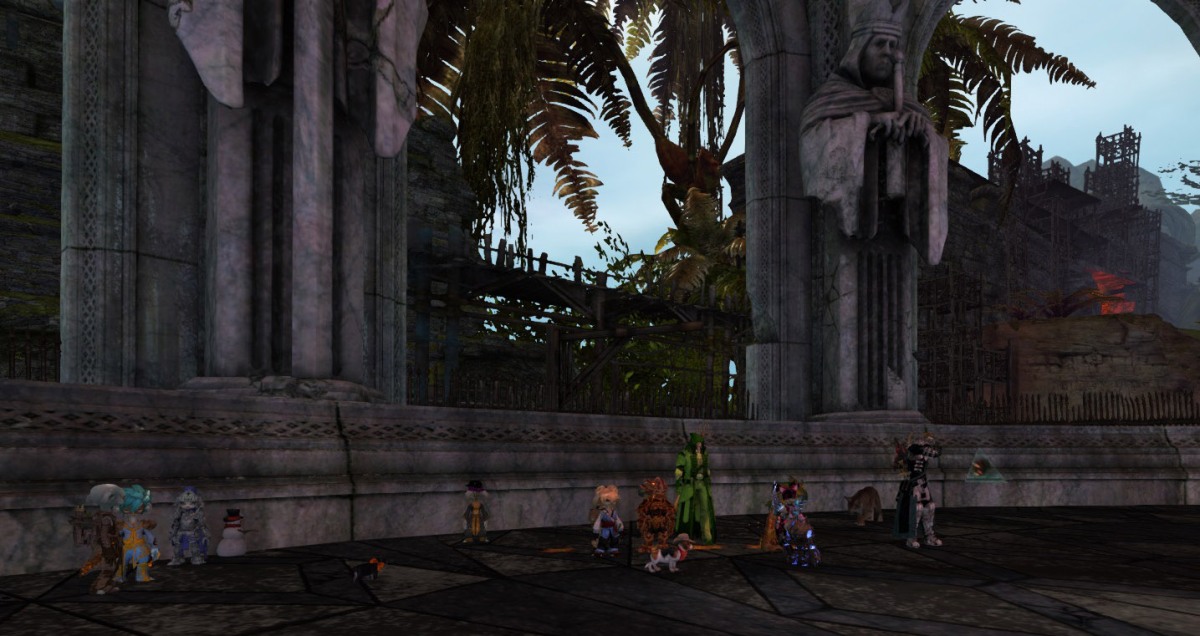 Our Friday night raid somehow was comprised of a vast quantity of asura, with 8 smart alecs and merely 2 bookahs. 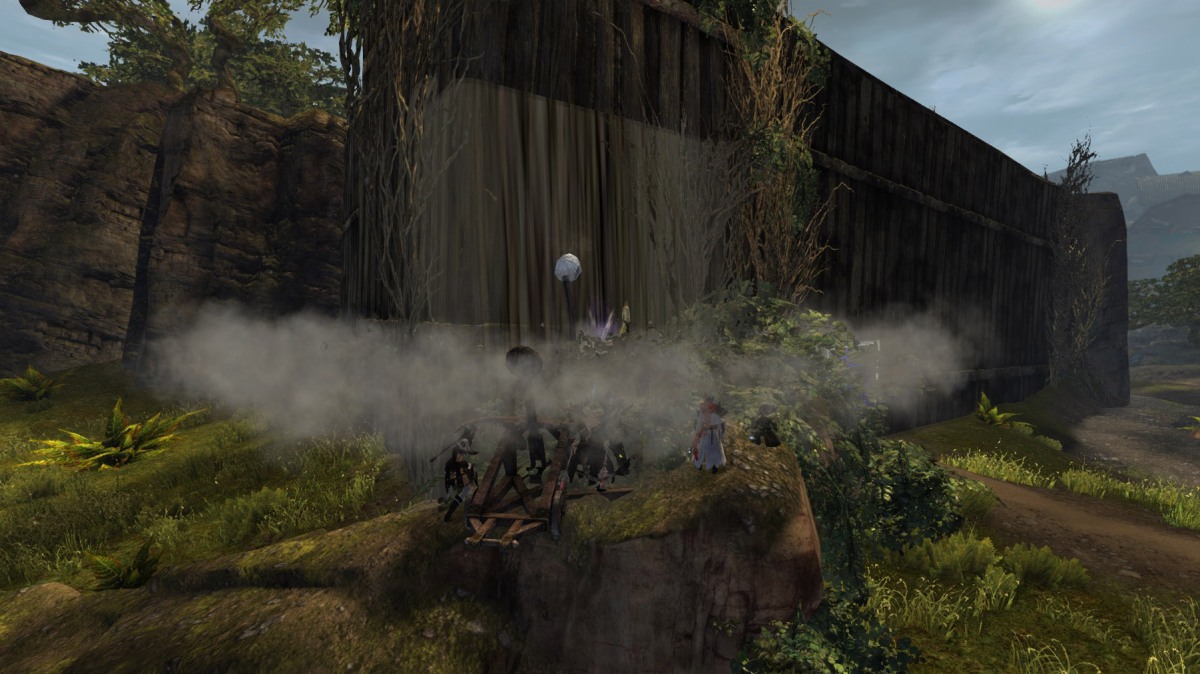 More WvW. Catapults on walls seem to be the meta now. I miss the days of rams on gates and trebs on gates.

At the end of week 1 of the new WvW chests, I managed to reach the upper limit of my weekly estimate, finishing off the Platinum chest and crossing two measly pips into Mithril.

A number of people appear to be bitching about the pace, but I dunno, it took two years for the entire legendary armor collection to get unlocked, and you can only earn a maximum of 13 legendary insights (LI) a week, and your first set of precursor armor takes 150 LI. That’s a good 11.5 weeks (3 months), disregarding the somewhat unreal proposition that one could just waltz in and full clear every week from the beginning of the attempt.

I’ve already shortcut my way through the Recruit’s (350 tickets) and Soldier’s Wings of War (525 tickets), since the old WvW tournament tickets which I barely spent (I bought a shiny white mistforged hero’s dagger skin, was about it) got converted to Skirmish tickets.

I’m looking at 700 and 875 tickets respectively for the General’s and Commander’s Wings of War. Assuming I hold at 100 tickets a week, that’s 7 and 9 weeks, aka 4 months.

(For people without the shortcut, they tack on an additional 9 weeks, to make the total slightly over half a year. Assuming 100 tickets a week.)

That’s not too different, bearing in mind that I am surprisingly lower in WvW rank than most veterans (and/or people who tromped around in Edge of the Mists – I was not motivated then by climbing WvW ranks, and I certainly don’t begrudge them the time they spent / I spent it on other things.)

Some people go “oh, but it’s so depressing for a newbie to face such a thing.” I dunno. I got no sympathy. It’s a precursor. It’s a legendary. This shit takes a long time.

Whether you look at the fractals legendary backpack, or a precursor weapon, or legendary armor or legendary pvp backpack, or what have you, a super dedicated person throwing in tons of time -might- be able to rush it in 1-3 months, middle of the pack is looking more at 4-6 months’ timeframes, all the way to casualcore at 1-2 years.

Anyway, whatever. If Anet sees WvW participation dropping and thinks it needs adjustment, they’ll adjust it. If not, they won’t.

I’m far more interested in analyzing the sustainability of my own WvW pace. Apparently, I sat through 241 ticks of a measly +1 pip for being only Bronze rank. Not going to cross out of it until I pass rank 619 or some such.

So in about three weeks, I might just manage to cross into the next tier and score +2 pips.