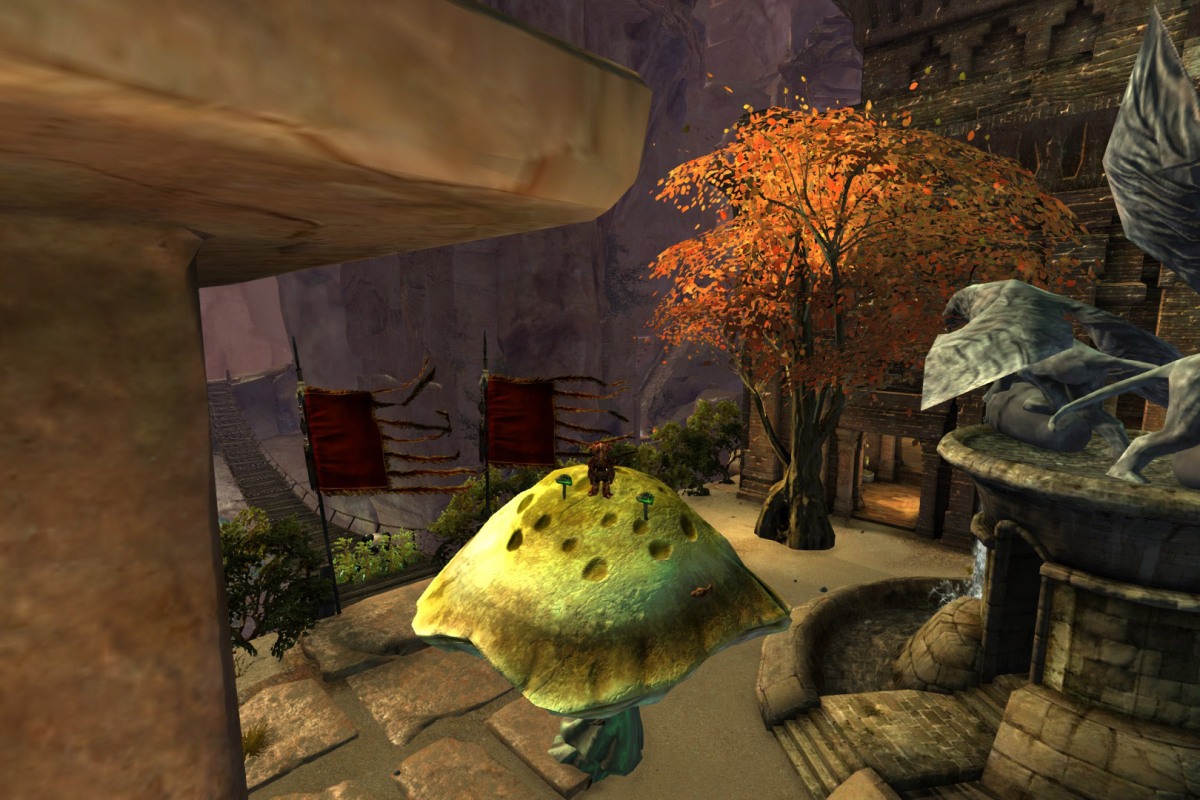 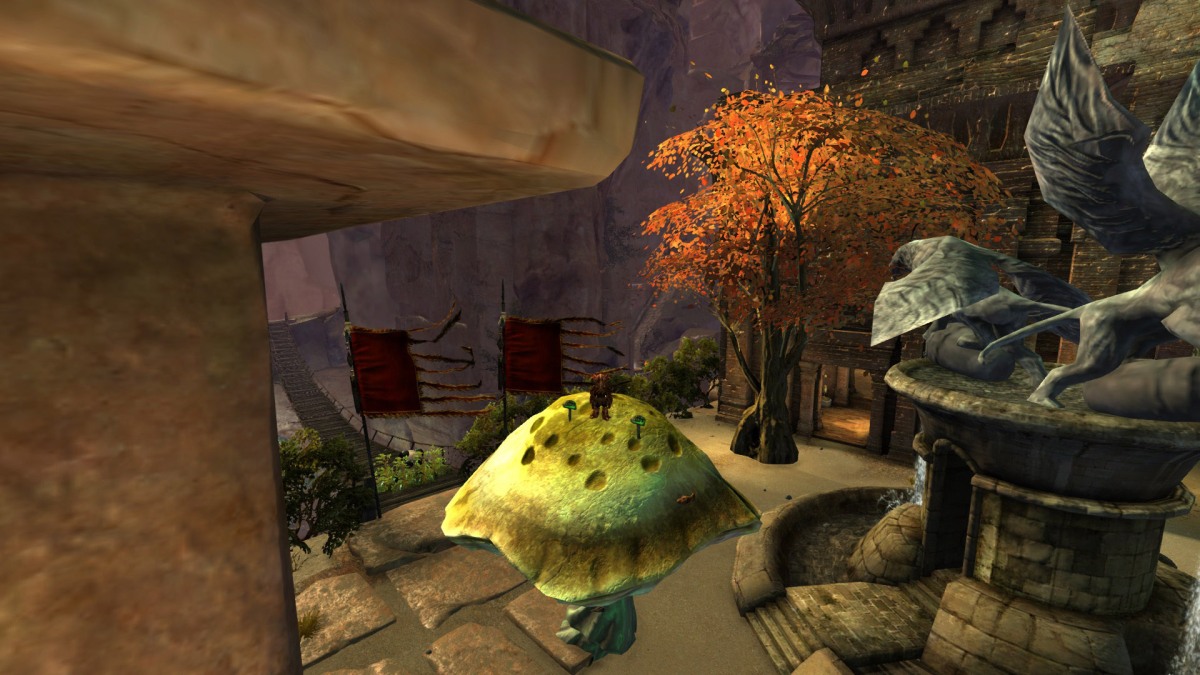 One of our raid group was very proud of his new shroom decoration.

It took me a while to figure out how to get on it, but managed it courtesy of a jump pad updraft and some gliding.

Knowing GW2 guild decorations, it probably cost a bomb. (‘Bout 8 gold, according to the wiki.)

I’m glad some people like decorating more than me, because I would not know how to spend this kind of money and I get to enjoy the result free of charge.

Oddly enough, I am willing to decorate my virtual dolls, aka characters, with expensive cosmetic skins, but wind up at a loss when it comes to interior decoration.

I have an image of what a particular character would look or dress like, but somehow don’t know how to apply it to MMO housing, which in my mind, seems to be more a player/account thing, than per character thing.

All’s well that ends well, because my brain is a complete fog post raid Tuesday night.

Couple that with some extremely brain off WvWing for pip progress (literally running around doing a personal karma train, rushing towards the nearest sentry/camp and mostly making it in time to get into the circle because 3+ other people already had the same idea and were already there), and I would have nothing to show off as a screenshot, except for this chance mushroom.