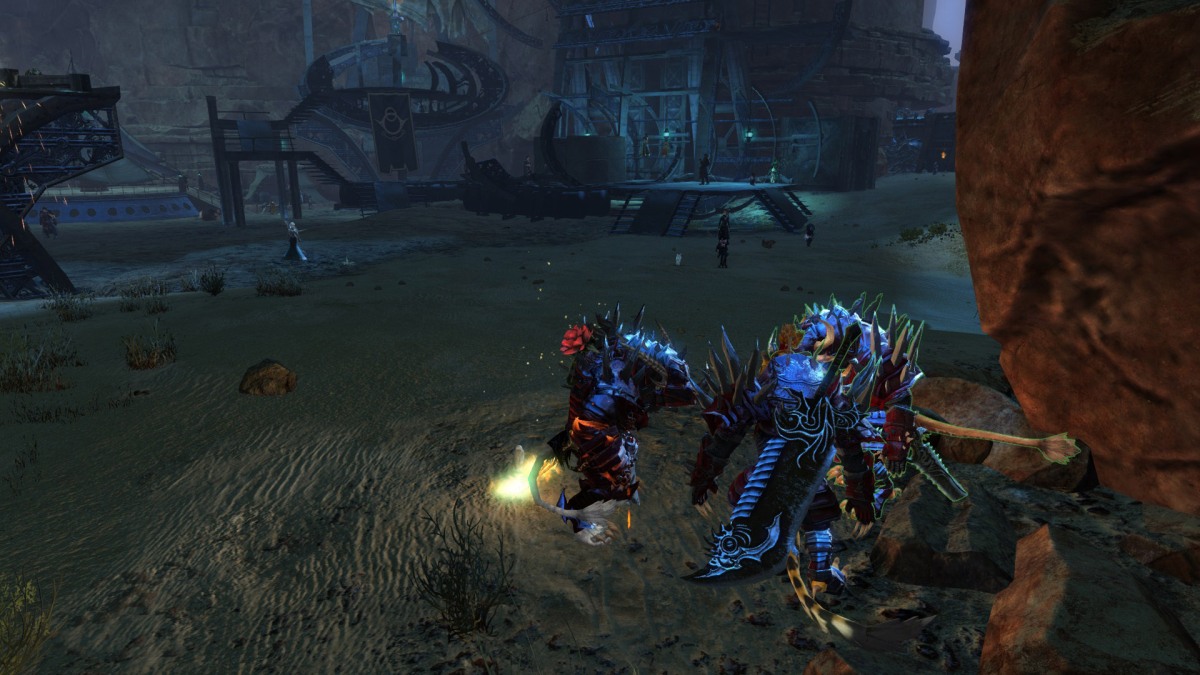 One week in, it’s hard to know what to say about the latest Echoes of the Past update.

Is it good? Yeah.

The storytellers have learned that a great many GW2 players are highly nostalgic and greatly fond of the old lore, and have shoveled it in, in spades.

Speaking of digging implements, there was a slight bug/miscalculation, but benefiting the players this time, of just how cooperative players can be when induced with ‘everyone gets more free loot’ rewards.

I didn’t quite get to partake of the crazy chest farm as much as I’d like, before it got fixed, but I did find the time to stay long enough one night to get 95 champion bags or so, and got two Bonetti’s Rapiers out of it, one of which I kept for my own collection, the other I sold on the TP for 23 gold.

Good enough for me. With my kind of crappy earning power, that’s a pretty significant bonus in my book.

The rest of the time has been spent getting around to finishing up Dragon’s Reach Part 2 achievements, along with the recent Echoes of the Past ones.

It sort of reminds me of playing the original Guild Wars in a way – plenty of things to do, but in your own time, without having to worry that it’ll be gone for good.

The mechanics used in the instances and the new zone have been rather refreshing, and pretty creative. I like the direction, though I do think some of the feedback and signposting can be a little more obvious now and then.

For instance, I ran around attempting the Facet of Darkness achievement more than 3 times, because I plain underestimated the size of the vortex explosion’s effect. I was indulging my tanky instincts, letting the facet walk over close to the vortex before triggering it, and it just wasn’t covering the distance fast enough to kill itself in 15 seconds, leaving me somewhat perplexed.

A bunch of friends who are a lot more open to reading Dulfy than I am, essentially called me an idiot over party chat and said to read Dulfy and AoE all the things. Like with a guardian’s biggest cone attack ever, the lootstick staff.

Sure enough, even with the facet pretty durned far away to my eyes, I just went and lootsticked all the things like blowing up volatile blossoms in TA, and voila, it fell over and achievement done.

I guess the size of the boon-stealing AoE white circle had sort of conditioned me into thinking the explosion radius was also going to be around that size. Little did I know it was actually a LOT bigger than that.

These are just small nitpicks, though. By and large, much of it seems fairly well designed, with step-wise tutorial mobs of a sort that build up to the final boss. 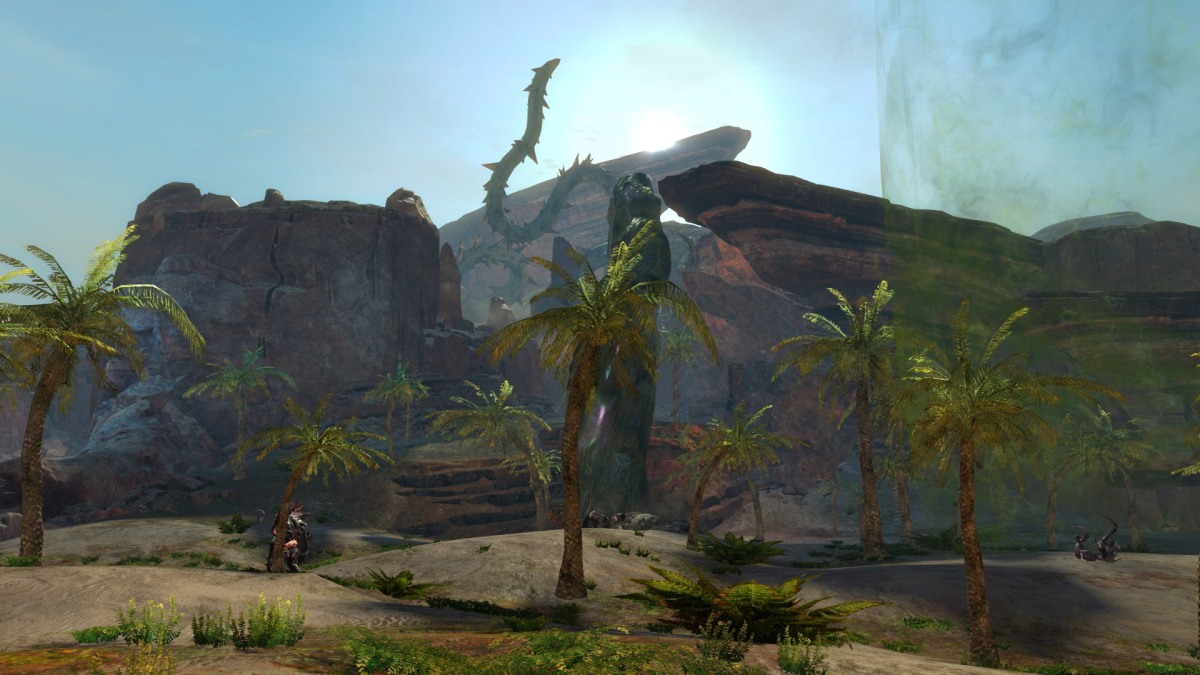 Playing in the Silverwastes has been moderately fun.

I’m actually keen to play the zone properly, in an organized fashion, but so far I’ve been pretty disappointed at the times I’ve been logging in. Organization has been lacking so far.

Players haven’t really been distributing themselves well to each fort, nor do they seem very inclined or motivated to cooperate or coordinate.

The supply bulls are pretty important to run, but usually only a few to zero heroes will take on the task of escorting them over.

And to make matters even more depressing, even if said sacrificial heroes actually bring the bulls and upgrading the fort’s defences, many of the players hanging by the forts staunchly ignore the fact that they can use siege to help the defence, preferring to autoattack and then promptly fall down and require a rez when something (a terragriff, a wolf, a troll, whatever) charges them.

How hard is it to figure out tactics vs Mordrem mobs?

Wolf pounces and does nasty damage flanking – face wolf all the time,  have mitigation like blinds, blocks, evades, invulnerables, etc.

Troll throws insect swarms – keep moving, dodge aoes, and if you get the target over your head indicating you’re now the aggro target, guess what, you can actually bring the insect swarms to the troll so that they attack the troll.

I mean, the only thing one may have an excuse on is versus husks, which are high toughness and mostly vulnerable to condition damage, which understandably, one may not have appropriate gear to do so.

Anyway, the playerbase seems too distracted by the prospect of bandit chests or hunting the elusive legendaries to attempt the zone properly for now.

I’m more or less content to wait until things develop to the point where more people are compelled to seek organization.

As I mentioned in a Reddit thread a while back, I can’t help but think that the three straight lanes on the west side of the map, and the glimpse of the strange plant-like thing (not going into more specifics to avoid spoilers) in the Living Story episode, suggests that there may very well be a phase 2 to this zone later on, unlocking in a similar fashion to Dry Top.

If there turns out to be a big raid-like boss (and unique desirable rewards) at the end of this fort defence and breach attack of five champion bosses, well, then -maybe- some groups will eventually be inclined to get together in a map, divide themselves properly to the various forts, dedicate groups of supply escorters, and so on. -That- would be fun to participate in.

In the meantime, I am just gonna waffle around like everyone else, randomly picking a fort (probably an easy one, like amber, where nearly everyone congregates), doing the events there – maybe deigning to bring a bull every now and then so that I can tag more events, and so I can get away from the masses at the fort and indulge my solo preferences – jump into the breach, defeat one boss, and then grin wryly and chuckle as one of the Terragriffs fail to get killed, or the Husk doesn’t die because no condi, or some fort was left bereft of people and so no one went in, or whatever.

Whatever, indeed. It all builds up token rewards anyway.

I think it’s just a matter of time.