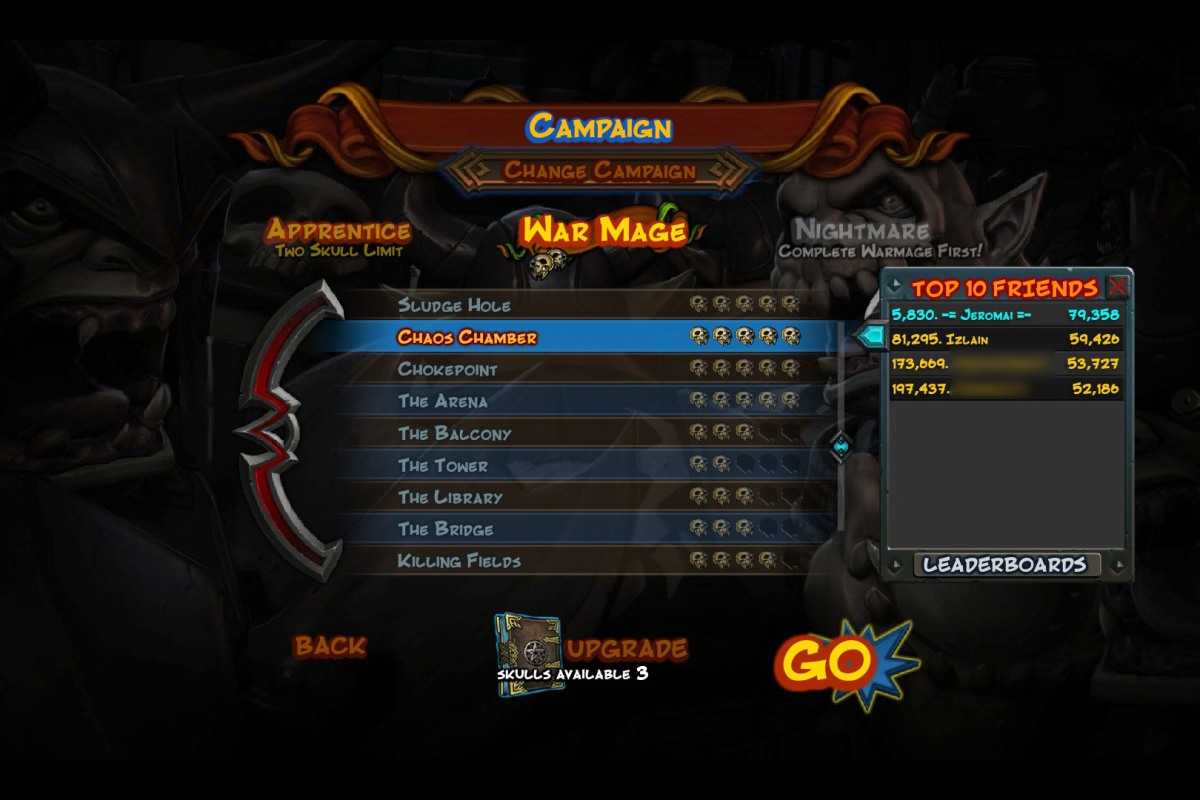 The refreshing thing about Bragtoberfest has been the opportunity to play a broader spectrum of games than the habitual rut I’ve fallen into – where I cycle between dailies in GW2, dailies in Path of Exile and then spend the rest of the night in Minecraft with no real idea of what to do next but jetpack around like a bee and dip a toe into the next branch of things-to-do, only to discover that it’s a lot more complex than one bargained for.

The impromptu bonus has been a sudden resurgence of interest in Tower Defence games.

I don’t know why, but the genre has a great appeal to me. There’s something very strategically attractive about planning out a beautiful sequence of traps or a gauntlet of a corridor of death, and then watching the unthinking hordes wander through and die to it.

I wouldn’t say I’m very good at it though.

I tend to the simplest, whatever works strategies, and I rarely come back and revisit the level for more efficiency and better and higher scores.

That is, until Orcs Must Die, where the difficulty kept ramping up to the point that I was left without recourse and had to go read strategy guides for a while and had my eyes opened to what other people were doing, helluva lot more efficiently and effectively.

That brought me past some harder levels a few years ago, but I kind of lost steam with it again.

The other day, since I spied Izlain trying his hand at it, and wanting to get past it so I can play the sequel with multiplayer too, I cranked it up to try and refresh my memory as to how it all worked.

I got a bit too intimidated to take on the next level right away, so I scrolled back and looked for an easier level where I’d done poorly before. 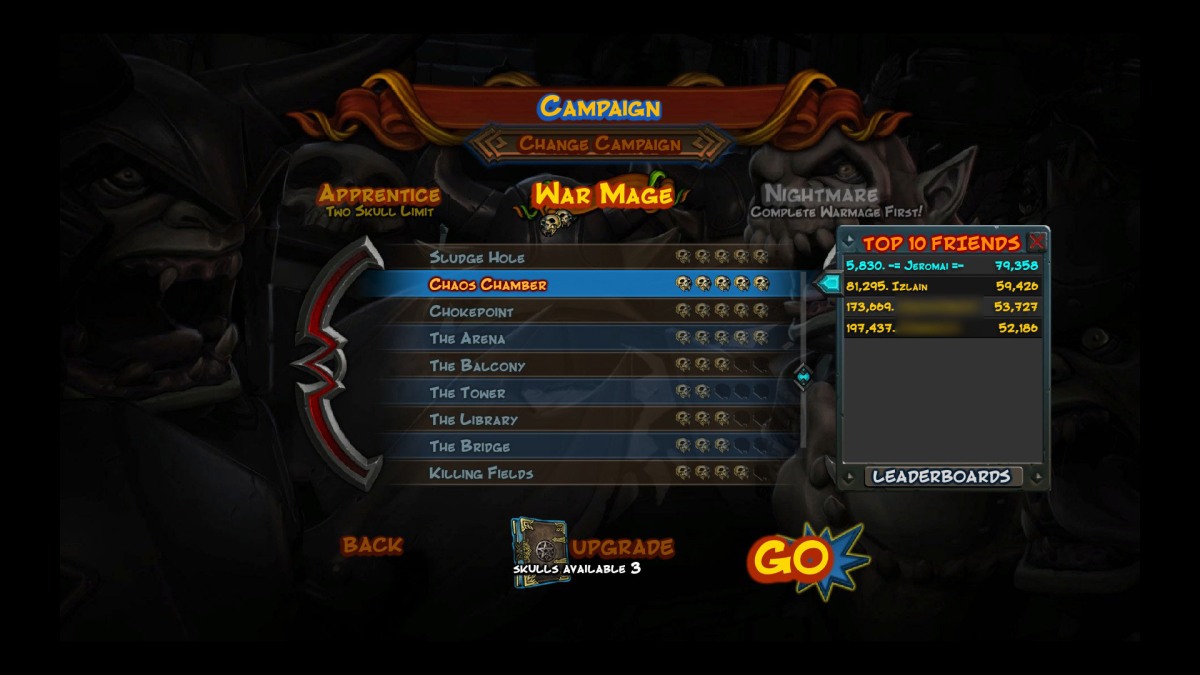 Chaos Chamber was a bit tricky at first, but I rather surprised myself by seeing a potentially workable strategy and racing between portals to set it up. (Picked up a SG1 achievement for traveling through portals 20 times unknowingly too.)

Then there was Lunch Break. My score was the shabbiest of all my Steam friends at first, and again I managed to suddenly see a pathing route that could effectively channel all the orcs into one chokepoint – which I then turned into a lethal doorway of death.

No clue about the missing skull though. Why wasn’t it good enough for that one last skull? Gaaah, apparently there’s room to get better still.

My time was limited, so I couldn’t play much more than that for the night, but it was good rewarding fun for that 30-60 minutes.

As for Defence Grid, Doone’s first challenge is Ancient Research.

So I cranked that game up, having left it fallow for a good two years or more.

My initial strategy went all guns, all upgraded everywhere.

Ended up the same 55k or so score that I’d been sitting on for ages. Not enough to beat Doone’s.

Time to think more efficiently and use less towers for more bang for buck.

It’s probably still not the best that can be achieved, but I’m reluctant to refine it any further unless pushed by someone scoring higher. 😛