I am having a great deal of fun talking like this.

I need to thank my friend for showing it to me.

(If it gets too annoying, feel free to give me notice in writing.)

But I do feel that sometimes, words that make no sense except to the people deep into a thing get in the way of explaining that thing to others.

When we game, (or even in school or at the office,) we use so many of those words. Usually without thinking about it.

It is a good chance to see what we really know by telling others about something, or explaining it in a simple way, using words that make sense to many.

It is like writing a song, or a short story, or that other form of writing where words are carefully picked and placed in a way that sounds good.

It is also really fun.

I love playing with words almost as much as playing with games. Or maybe it is the other way around. I don’t know.

Anyway, two of my writing friends have decided that this month is the month of the big mouth.

They are asking everyone to talk big and show off about what they have done in any game.

(There are also some together-game-playing times that have been set.

I am probably going to have to wake up really early for that. Like five in the morning early. But I will try. Since it is at week’s end.)

The other day, I went through three lives in one night.

I think that is really quite something to be a loud mouth about. Being really good at dying.

Especially if it’s for the great cause of seeing what’s around the next corner.

The great black dark nothing is all around my world.

That night, I thought it was way past time to go down and face it. 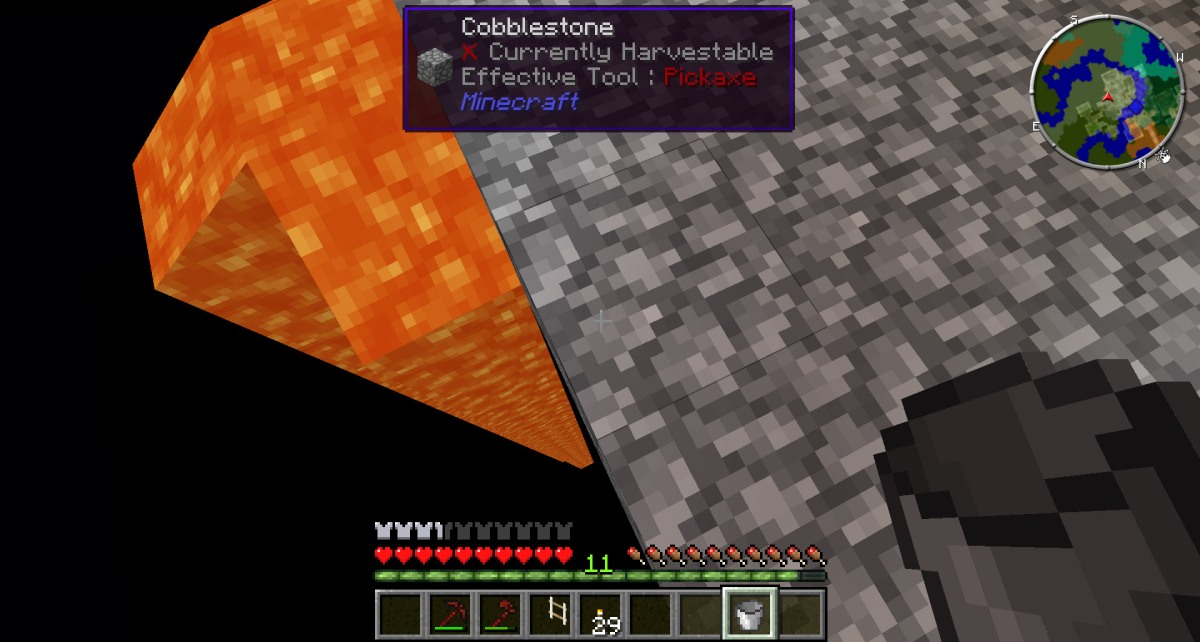 So I let hot water-like rock fall from the skies and fall all the way down.

Water-like water followed after it.

This changed the hot water-like rock into rock-like rock.

All the way down… I’m getting quite good at this climbing down easily broken sticks business.

When I got closer, one could see… “My god, the nothing! It’s full of stars!”

Looking up, the rest of the world. “I can see my house from here! Oh wait, it’s ALL my house!”

And then it happened. I touched the dark, and the dark bit back.

As usual, I don’t believe things the first time around.

So I had to do it again.

Just how low -was- the death part of the dark? Could I get my stuff back if I just got near enough?

I don’t know in the end.

Before I could find out, I slipped and fell.

Yeah, time to go leave the dark alone for now.

Falling out of the world hurts.

Maybe I’ll try again when I can fly.

Good thing I had some hearts laying around to eat and get the lives back.

The world has a strange sense of what’s funny.

I did a thing the book asked me to do, and it gave me this to thank me. 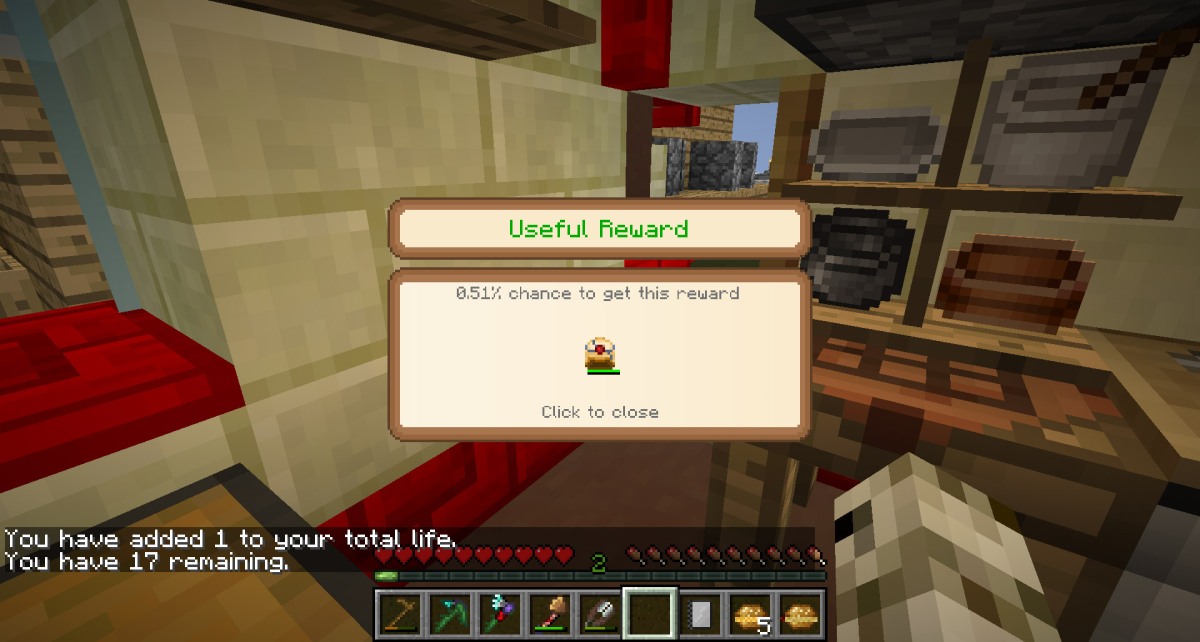 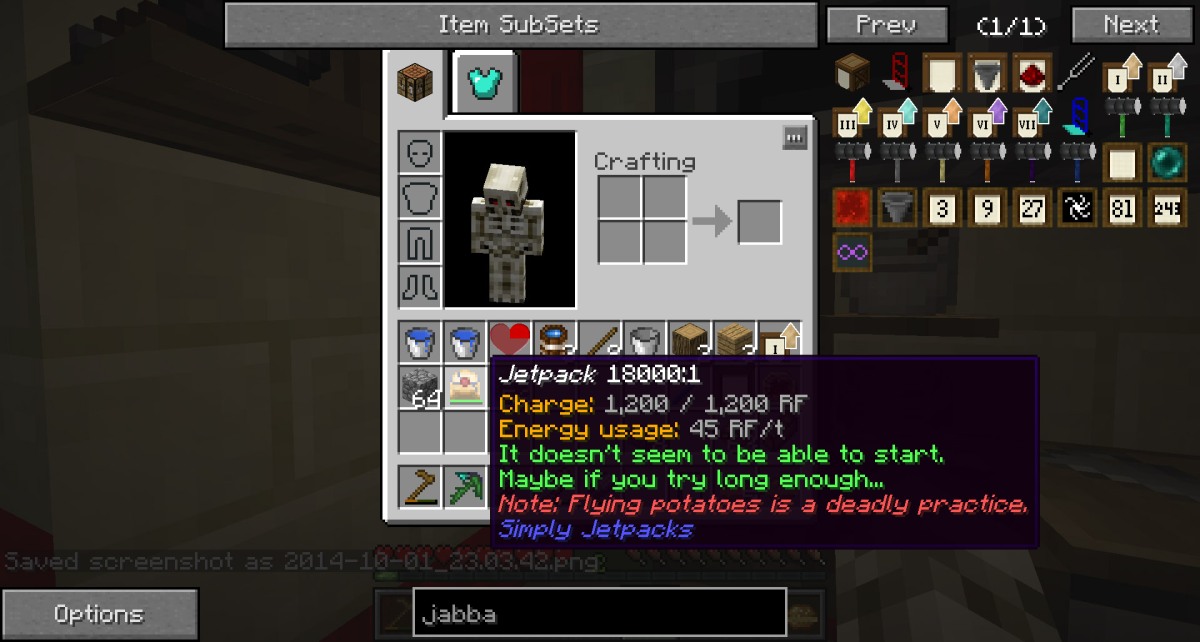 It IS, it IS an up-goer flying thing!

It doesn’t look very good, and may be hard to start… but it said, maybe, just maybe if you try long enough…

So I went outside and really tried.

I jumped one time. Nothing.

I didn’t quite get it the next few times, but then… after jumping two times a couple more times…

Then there was a really loud noise.

And a big fire for just a second. I think.

I guess I didn’t read the red writing carefully enough.

The good news was that I could walk back to pick up my stuff.

The bad news is that I very nearly couldn’t find all of it.

I think all the wood things burned up.

I don’t know where all the rocks went, but there’s always more rocks, not a big deal.

I almost cried when I couldn’t find my very strong tree-cutting thing. I had owned it almost since the beginning. 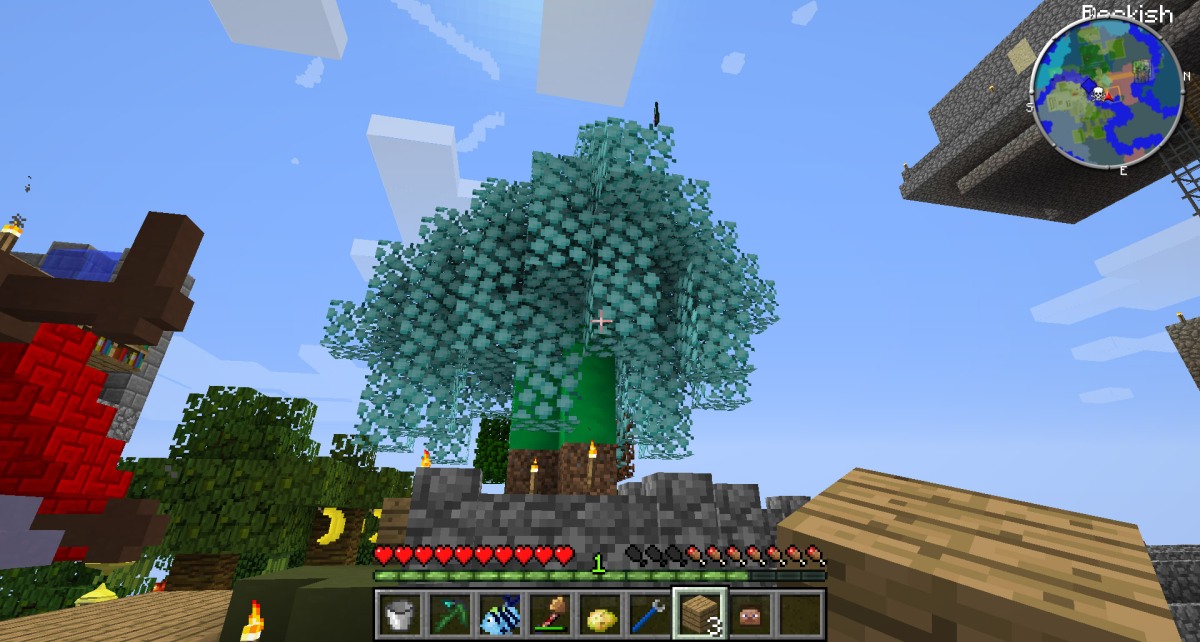 Then I thought to look up. Way up.

It was on the very top of the blue tree.

I guess I really was quite high up when I burned up.

The rest of my food was even further and higher up.

I think I found the problem in the end. 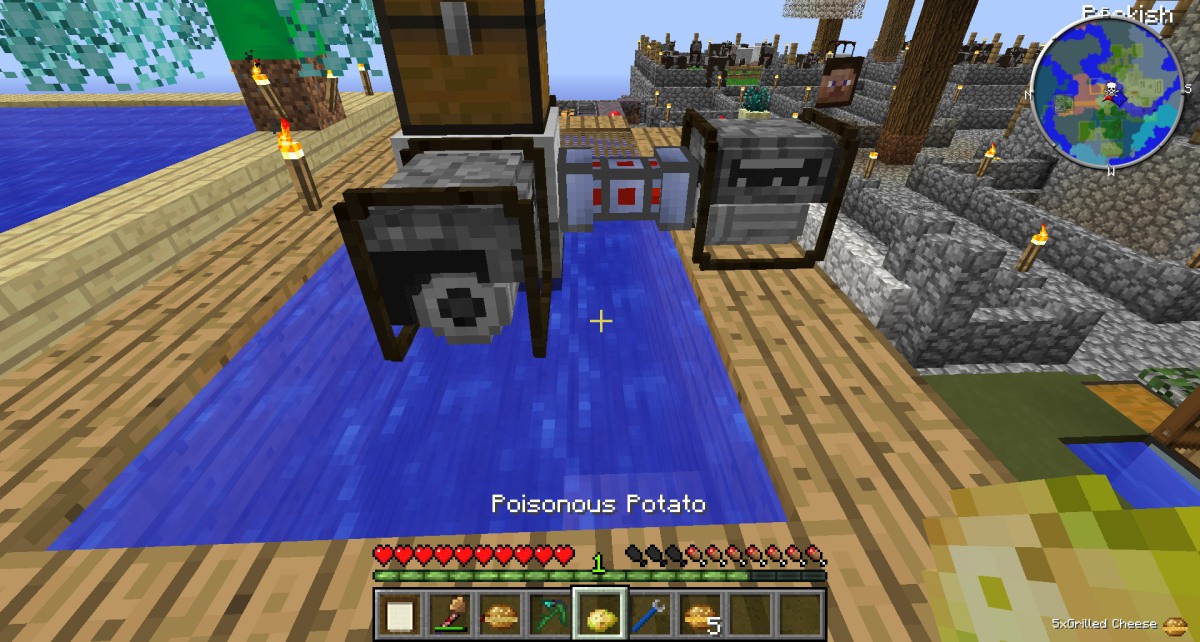 It was green, you see.

I think that was why it went bad.

I also found my head. 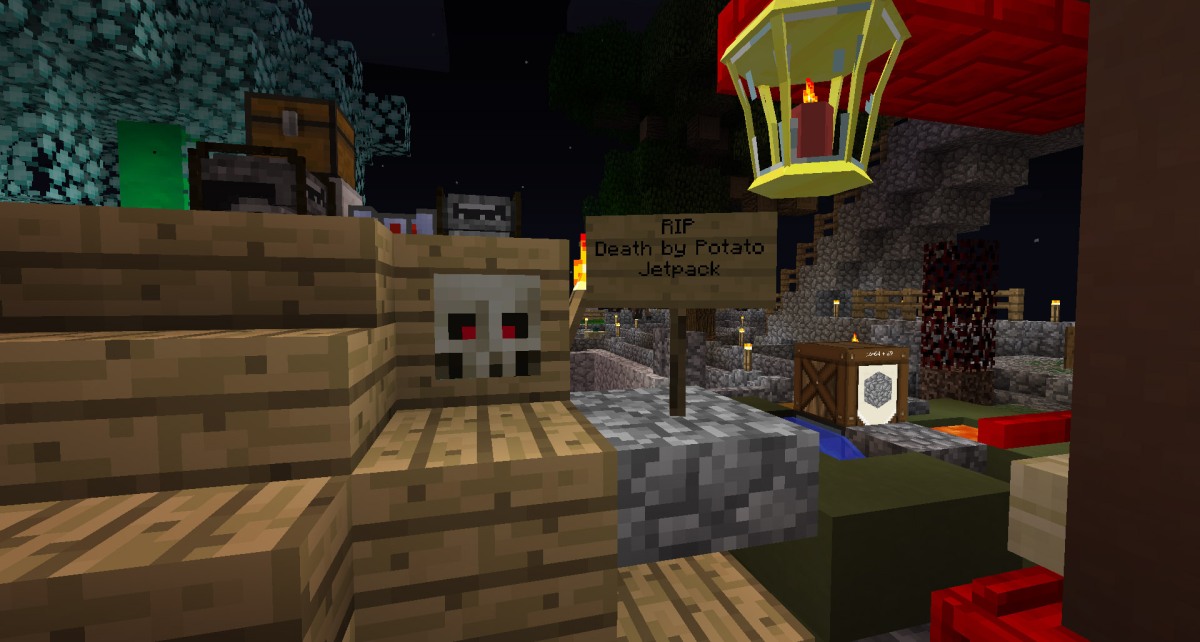 So I made a remembering place to mark the spot. Never forget.

What did we learn from this?

You know what they say.

If at first you don’t make it, try try again. Some day, I will have an up-goer thing that works.

Until then, this is me, signing off for now.