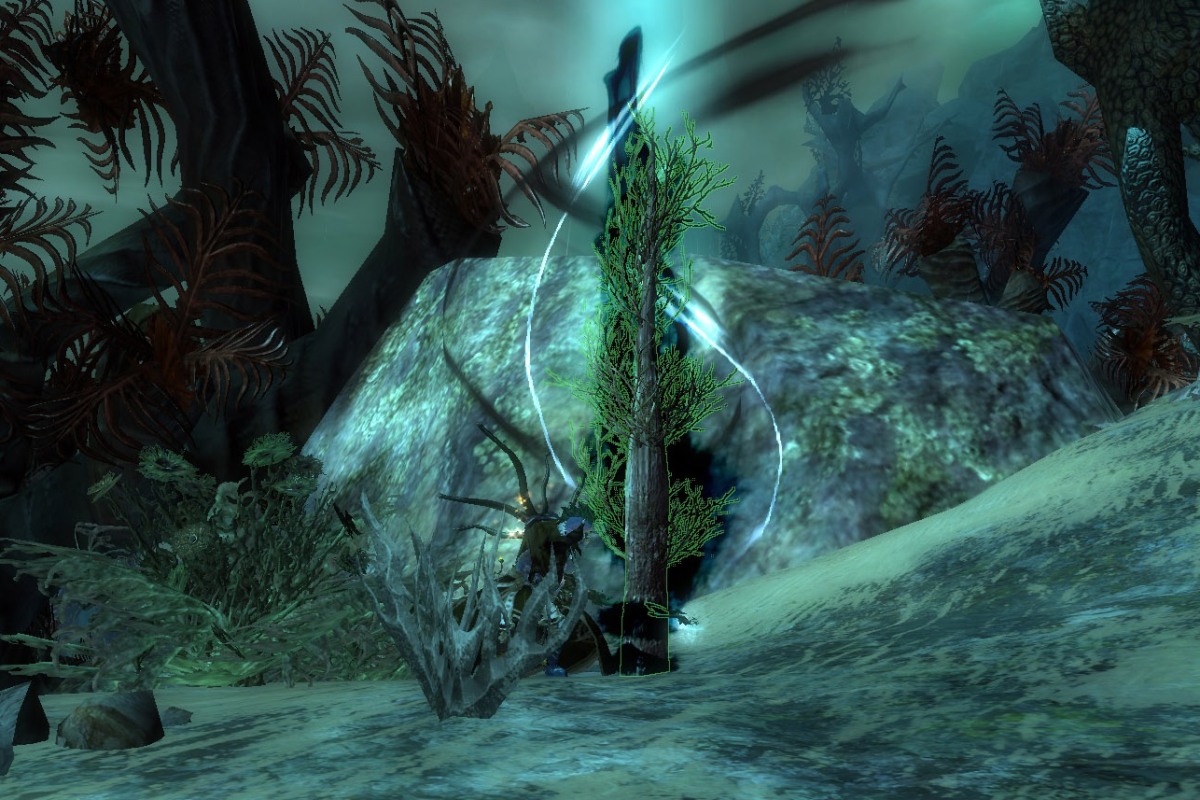 I’ve joined the ranks of those who risk life and limb virtual lumberjacking (aka getting mistaken for a bot by ArenaNet’s algorithm detections and slapped with a ban.)

Though by now, there’s an army of people standing by the grove of Cypress Saplings west of Pagga’s waypoint, all busy half-heartedly grumbling and chop-chop-chopping.

I held off selling 13 Foxfire Clusters in the last few days before the Dragon’s Reach Part 2 update hit, suspecting that we’d probably need them again for a whole new batch of plant food to grow the next stage of the backpack.

Good decision, as it turned out.

Except we were talking 20 for the clay pot upgrade, and 28 for the plant food, and that’s just for the first stage of this new incarnation. Double that for the next.

The names of the backpack are classic though – Mawdrey and Mawdrey II.

Being a Little Shop of Horrors fan, that’s a must have.

Not to mention, a bloodstone dust disposal unit would really come in handy.

If only we’d get another such device for dragonite ore, empyreal fragments or maybe even *gasp* elder wood logs (now 16c a piece and probably plunging further.)

What this means though, is that Foxfire Clusters are not likely to drop in price terribly soon, and I’m really tired of buying them for 60-80 silver apiece.

So the self-sufficiency option means to go woodchopping myself.

Except I’m also tired of running around 4 zones with one character from tree to tree. It was fun for a while, but I’m bored with that now.

The efficient tactic that most are using is, of course, alts. Double the characters, double the chopping power, unsoweiter.

As loathe as I was to move some very comfortably ensconced crafters from humping the Divinity’s Reach crafting stations, I decided I’d rather quintuple my usual Foxfire Cluster harvesting rate instead, at least until I get 76 of them – and then decide if I’d put up with repeating the same routine to sell more to others.

So now all five level 80s of mine are parked by the cypress grove.

Every odd half hour or hour, I log them all in to check if the trees have respawned. Feels a bit like one of those Facebook farming or resource management games – log in every 4 hours to check on things!

On the bright side, this is encouraging me to play my engineer and elementalist more, both at level 52, and consider extra key farming as another activity on the ‘to-do’ list.

While doing my best to avoid spoilers for now, there’s one instance that had me grinning and thinking about Phoenix Wright in GW2, and the final instance is a spectacular climax to this series of 4 episodes, before we break for feature patch.

I really really liked the end-boss fight and am looking forward to repeating again for chievos. Made me feel super-heroic, taking it on singlehandedly.

It will, doubtless, be a bit too hard for some.

Overheard a more casually logging-in guildie seek help for it – kept dying as an elementalist, apparently, but imo, it’s a moderate test that asks of the player constant movement and some dodging ability.

Anyhow, if one doesn’t like to solo it, it can be done in a group as well.

I like how immersive the instances are. They encourage a little bit more “RP” into a genre that has left its RPG roots way back some time in the past.

I RP walked through the first ‘Party Politics’ instance, chatting to various NPCs.

A badly mistimed phone call stopped me from my first impulse to do something in the Waypoint instance, had to AFK during a critical story bit (yeah, this is why people solo too, rather than group) but I hear many others gave in to the emotion of the moment and acted accordingly.

And while watching the procession of leaders go past in the Summit instance, I couldn’t resist emoting a /salute as the charr Imperator walked past, which just so happened to time -perfectly- with the NPCs saluting.

Anyway, this episode counts as a big must-play.

Go, go, play it, and then we’ll talk speculation in a week or so.