The claim is starting to resemble one of those exercise books one writes in while working one’s way through a set of tutorial problems.

Day 1: We learn about arches.

Enter the enthusiastic cut-and-pasting of arches, spaced out only by a few walls because the immersion-seeking part of me slapped the builder silly and said “Stop it with the dang arches already!”

Day 2: We play with microvoxels in the underground studio, and surface in the end with a small modest square window which gets promptly smashed into the wall.

Seeing as it makes no sense for the window to be just sitting there, when there’s like five arches within walking distance on the left, a hasty stall / guardpost / lookout thingmajig is constructed.

For no reason either, really, it just felt better to have a hidey hole for a small window.

Said the hermit, crawling into his makeshift cave, to get away from the desert sun.

What the hell, it can be a scenery prop and I can just grapple over the wall.

The next day leads to more struggling with microvoxel ladders, determined to get a working ladder which also looks good.

A video tutorial I found suggested offsetting the rungs by a voxel, but the end result produced UGLY TRIANGLES on the side. LADDER SIDES ARE NOT MADE OUT OF THICK UGLY TRIANGLES.

We settled for a 45 degree ladder instead, which looked a little more decent and could be walked on.

Except… I’d run out of stuff to prop the new ladder against.

The arches gain a second floor.

Microvoxels played with. Check. On to the next set of tutorials.

Inlaid patterns gives the outside wall a new ankh design.

Then -negative- inlaid patterns for the hell of it to get a new ankh window.

Except… stone does not float in the air.

Re-enter Microvoxels to try and figure out how to semi-realistically support a lump of floating stone forming the center of the ankh.

New set of tutorials! Antivoxels next!

More play. More puzzling out. More “I wonder if I could make a rope bridge out of these things…” 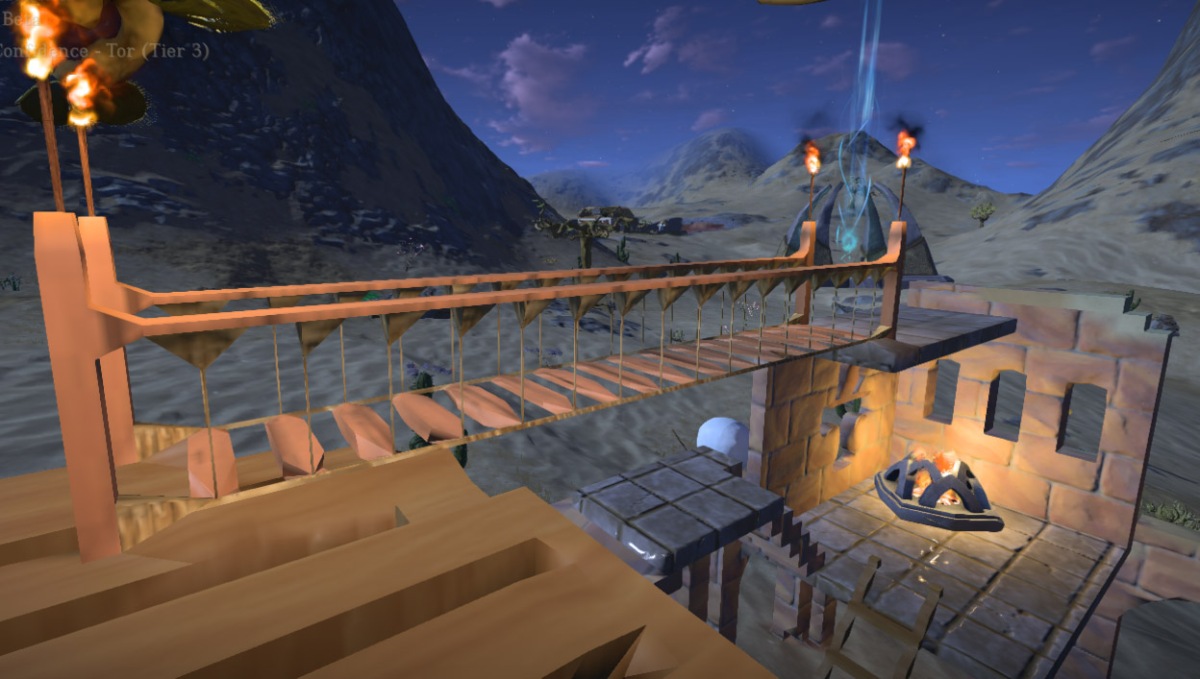 Ok, so it is an unnaturally straight rope bridge, but I think my brain would explode if I tried to get it to sag.

Also, no idea where to put rope bridge, so enter third mini-floor and a lookout platform on a tree -just- to give the rope bridge something to connect to.

TIL: Healing around a complicated pattern is HIGHLY ANNOYING.

Then one realized that the platform was now floating by itself around the tree.

Took some shortcuts with the line tool, to create some supports for now. Also still confirmed that it acts in a very strange manner.

Probably ought to be able to make some straighter supports with antivoxels but blah, not today.