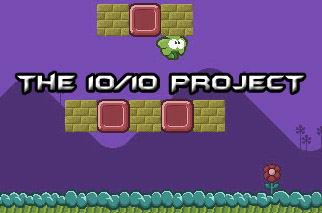 This is starting to become a pattern.

Downloaded it at a speedy 1.4MB/sec.

Double-clicked it to install and received this intriguing error:

One quick Google search reveals that this is not an uncommon problem.

Now I really wanted to delete this and end the post here, but this is starting to turn into a series of blog haikus about shit I can’t install.

So I gritted my teeth, and clicked on the big obvious button to get their propietary downloader, which insisted I sign my soul away and agree to downloading Pando Media Booster (something I earlier spent time scrubbing my computer free of, thanks to LOTRO and Aion), which sped up my download speed to oh… a blazing 300-400 kb/sec.

Queerly enough, the direct download was a mere 2 gb, and the identically named setup file that this downloader downloaded was 2.5 gb.

On double-clicking this one, the hard disk ground a bit but absolutely nothing happened.

No, I lied. Task Manager showed that the 2.5 gb MabinogiSetup133R.exe file was taking up a dinky 392k of memory.

Feeling very weirded out, I ended the process and did my best to delete all the exe files – something that took a little while as Windows insisted one of them was “in use” at the time.

You know, it’s not as if I downloaded this from a possibly contaminated torrent here. This is straight off the official website…

Official conclusion from me:

Mabinogi may also be a good game, but I’ll never know. It’s a good thing I added a baker’s dozen worth of MMOs to try, because I’m running out of them fast even before hitting character creation.

Now please excuse me while I go and scrub my computer off and run it through several gazillion virus scans because I’m paranoid and hate this type of weird behavior from exe files.

I’m going to rip Maplestory a new one from the beginning simply because it’s region-locked.

I don’t know about you, but part of the reason why I play MMOs is because I enjoy the massively multiplayer aspect of meeting people from all over the globe.

I enjoy playing with folks from North America, Europe (and the UK), Australia, alongside contingents from places like Brazil, South Africa, the Phillipines and Indonesia, Malaysia and Singapore, Hong Kong, Taiwan, Korea, Japan, China (some of those in the middle do fall under South East Asia, but not those in the front or back) and though I haven’t met anybody yet who has identified themselves as playing from Eastern Europe and Russia, I’m sure some are representing in our global MMOs.

(And other games: My best Alien Swarm experience and uber-hard difficulty badge was knocked out with two Ukrainians. It was awesome.)

Instead corporate greed and game farming out to localized developers ends up isolating players in multiple tiny regions, most of which trail behind at various stages of updates from the main game.

Philosophically, I have issues playing region-locked games. Now I understand the argument for, which mostly boils down to less lag and latency from a more nearby server farm. (The companies will also try to sell you the idea that you’re getting better customer support, but my personal experience of that makes me laugh derisively – I’d prefer a cut-and-paste response from someone in India following rules set out by whoever wrote the guidebook.)

I think this is easily solved by offering choice back to the players. The Singapore version of Starcraft 2 had an interesting twist. Players could choose to play on either NA or the SEA region. (I don’t know if this still exists or works, I haven’t bought the game yet, but having the choice offered at least doesn’t dissuade me immediately from getting it. Unfortunately, it only worked for folks in our tiny little dot of a country and everyone else in the regions around were locked into one by default. I call foul.)

Locking players out by default means only one thing. Licensing rights and issues. Corporate greed. Stupid legal stuff about publishers and developers and distributors following an archaic boxed game system that is slowly but surely being supplanted by digital distribution.

And as much as I’d love to support local games industry, licensing a franchise and running it (oftentimes badly) just… smacks of lacking in creativity and corporate continuance at the expense of customer experience.

On the bright side, what I’ve heard is that Maplestory SEA has a fairly good reputation in that it is pretty popular in this region, possibly among schoolkids, (and in the sense that it wasn’t a flagshipped Hellgate: London disaster, which really pissed me off when I received the nasty shock that my $80 game was only locked to one region, updated poorly, and then crashed alongside the main game. And no, they didn’t offer refunds nor any excuse at good customer service either. You may be able to tell that I am NEVER giving that company – IAHgames – any money ever again. As far as I can tell, Asiasoft has a slightly less godawful reputation, which isn’t saying much, but well…)

Still, in the interests of at least trying out the game and letting it stand on its own merits (as well as be a freeloading bandwidth drain,) I downloaded the SEA version to give it a shot.

At version 1.27, I gather that it’s behind by four patches, as the ironically named Maplestory Global website seems to indicate that it’s up to 1.31 by now. (I hear Maplestory Global region locks out by IP any person from a country whom they have a local agreement with, at 10+ regions, I assume it’s a LOT of people locked out. I couldn’t be arsed to download 3 gigabytes just to try it out and screenshot the error message though.)

At least it isn’t TERA though, whom I’m still amazed had the gall to lock people out of a game while not even HAVING an alternate region for them to go to. And tarring everyone east of, oh, I dunno, London, with the Chinese gold farmer brush. Xenophobia, much?

On downloading, the game started up in full screen and offered me a choice between two gateways: one apparently preferred for Singapore Maplestory players, and the other for Philipines/Malaysia players.

Upon selecting option A, the game crashed.

Trying it one more time, led to the same result. Client up and closed of its own accord.

This isn’t starting out well already.

Just a hint, if I have to start googling for solutions to technical problems even before I make a character, that’s a pretty damn big entry barrier for your game already.

So apparently, according to one year ago forums, this wordless error-message-less crash is indicative of one’s client being not fully updated to the most recent patch, because one is missing the auto-patching Patcher.exe from one’s main game folder.

I really would have thought that something labeled “FULL CLIENT” would come with, oh, I dunno, the full set of game files?

Turns out I missed the other button, labeled “Manual Patch” which I would have to download manually and patch up version 1.27 to 1.28.

So I guess we’re only three patches behind, not four.

While waiting for the manual patch to download and install and do whatever else it is doing (no doubt installing extra bloatware in an attempt to prevent hacks as well,) I just want to rant about my personal pet peeve – MMOs that take forever to get a player into the game. Games that don’t are few and far between (the two Guild Wars and Puzzle Pirates come to mind), but no doubt get a lot more people trying them out before losing patience at the installation stage.

On trying to launch the game after installing the manual patch, the game promptly hangs and gives me a black screen of death (complete with outsized cursor) and refuses to respond to ALT-TAB or indeed CTRL+ALT+DELETE. Had to hit the reset button to get the PC going again.

Now it could be that something that I haven’t yet given Zonealarm permission for is stalling this out, but I’m unable to figure out what. Nor do I see an easily configurable option to bring this client into windowed mode so that I can actually get at the Zonealarm pop up if there is one.

If there’s one thing I detest, it’s a game fails to function properly, locks up my entire system and can’t be ended via Task Manager.

Maplestory may be a good game, but it’s a shame, I’ll never know.

Just wasted two hours that could have been spent playing something a lot more fun than “Diagnose-Your-System-Incompatability-Problems.”