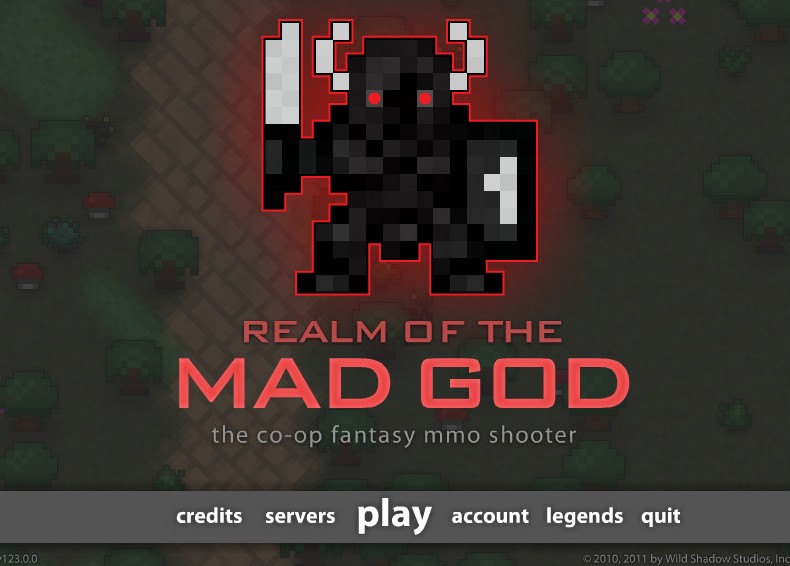 Lasted all of two days. And it was going -so- well.

Fame was accruing and I was getting a decent amount of attack and speed and defence potions to drop. I was getting quite comfy with switching between a +7 dexterity ring for additional pew pew and a +7 vitality ring to regen hp back quickly.

Then I got greedy and joined in on a group that was busting up the Mysterious Crystal. You know the one that contains a Mysterious Prisoner that I got a crystal wand from some time ago?

Big group, priests that were healing, what could go wrong?

1) Catch a few too many bullets and get quite badly wounded.

2) Panic and run while confused.

As in literally, debuffed with the Confusion effect.

For all the time I spend confused by cylones, I have not actively striven to remember the proper keys to press when confused to move appropriately – the switched keys remain constant, and I really should go learn it and ingrain it in my muscle memory some day.

So instead in a panic, I spam my normal keys and I somehow manage to run AWAY from the group (ie. away from any potential heals) and THROUGH at least two of those stupid guardian mobs that the boss spawns – which are these horse-like dark steeds.

Watching my health bar plummet in a panic while forgetting to Nexus out because the mind, still tuned towards and focused on greed, says, “Keep firing at the Crystal Prisoner, you might get another loop drop if you maintain the damage!”

Stupid, stupid. I will never learn.

From a distance, it’s amusingly ironic that these games’ permadeaths are predicated on the inevitability of human error. Split seconds of brainfreeze where you just don’t do what is sensibly logical.